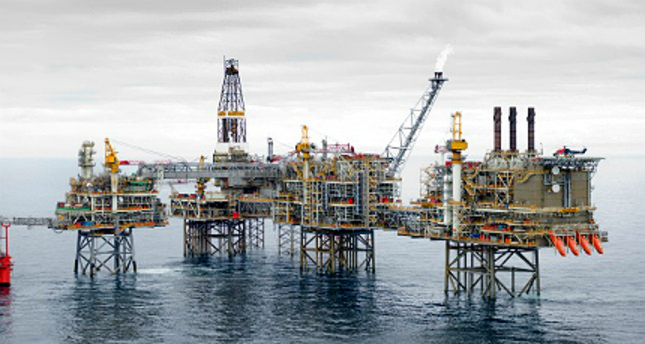 This came contrary to Commerzbank analysts saying, "Oil prices ... are recovering slightly from the lows they recorded yesterday."

"This is thanks to a considerably weaker US dollar following the publication of minutes of the last US Fed meeting that were interpreted as being less hawkish than anticipated."

Minutes of the US central bank's Federal Open Market Committee meeting showed members were wary about the timing of raising interest rates from their record lows.

"The cautious outlook on the economy and inflation has toned down expectations for the Fed to tighten," said Desmond Chua, market analyst at CMC Markets in Singapore.

A softer greenback makes dollar-denominated oil cheaper for holders of other currencies, and therefore tends to stimulate demand and prices.

The oil market had also fallen on Wednesday after news that American crude stockpiles increased last week by far more than market
expectations.

The Department of Energy said US crude reserves soared 5.0 million barrels in the week ending October 3, much above the 1.9 million billion forecast by analysts surveyed by Dow Jones Newswires.

But some analysts said prices will likely be dragged lower by weaker demand owing to a stuttering global economy and a crude market awash with supplies.

on Tuesday, the International Monetary Fund cut its projection for world economic growth this year and next, and warned of stagnation in developed economies.

"Crude prices are likely to remain soft in the near term," said Sanjeev Gupta, who heads the Asia-Pacific Oil & Gas practice at professional services organisation EY.