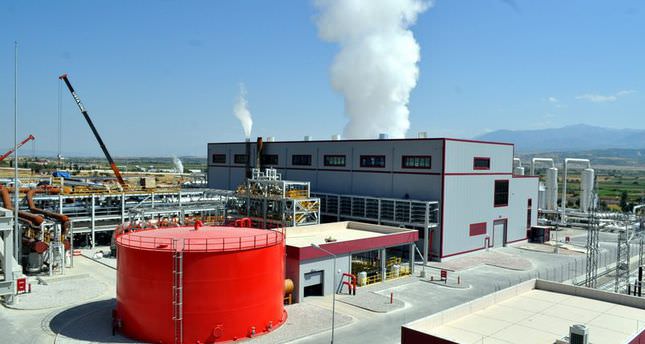 by Daily Sabah with Agencies Oct 09, 2014 12:00 am
The Energy Market Regulatory Authority (EPDK) has cancelled the license of Zorlu Energy's Ankara-based electricity plant, as well as imposing a penalty fine for various reasons of TL 5.85 million on 11 sectors operating in the fuel sector.

The EPDK has announced that the terminated license of Zorlu Energy's natural gas-driven power plant based in Ankara's Sincan, and the Public Disclosure Platform (KAP) announced the matter with the following statement: "In addition to our application which was declared in our statement on Sept. 11, 2013, the EU/364-6/473-numbered production license of the natural gas-fired power plant, which had an installed capacity of 50.3 megawatts located in the first Organized Industrial Zone in the province of Sincan, Ankara, was terminated with the decision of the EPDK dated Sept. 15, 2014, numbered 5214/15 on Sept. 30, 2014."

According to the EPDK's decisions regarding the subject, which were published in the official gazette, 11 companies were charged a total of TL 5.85 million ($2.58 million) - ranging between TL 67,962 and TL 2 million - on the grounds that they violated the legislation regulating the fuel market. The EPDK also decided to ask for defense statements from 25 companies and to terminate the distribution license of one company."

The companies have the right to litigate against the fines within 60 days, while those that pay penalty fines in 30 days will have the advantage of receiving a 25 percent discount.