Turkey's budget deficit to be healed by fall in oil prices 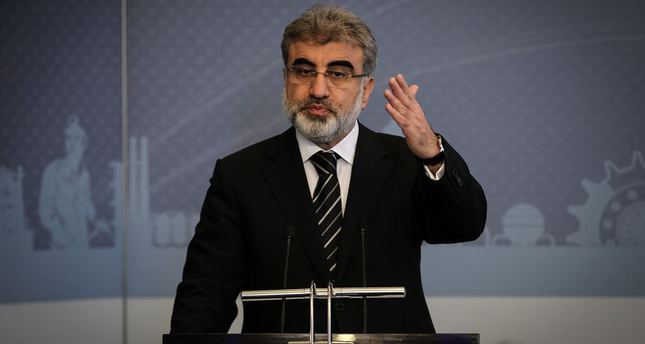 by AA Oct 20, 2014 12:00 am
If oil prices continue to decrease over the next year, Turkey's budget deficit will fall by 10 percent, said Turkish energy minister on Monday.

"After Turkey's oil and gas exploration in Thrace and south eastern regions in the past 12 years with a $7.5 billion investment, we are hopeful for the future," Taner Yıldız said during questions on a private TV channel.

He also underlined that Turkey has enough domestic oil resources to meet 15 percent of its consumption, but upon questioning on a natural gas shortage in the country during the winter, he remarked that this could be a possibility with the Ukraine crisis.

Yıldız additionally confirmed that the government has no plans to privatize boron mining. Turkey has almost 72.8 percent of the world's known deposits of boron amounting to a total of 3.3 billion tons of reserves.