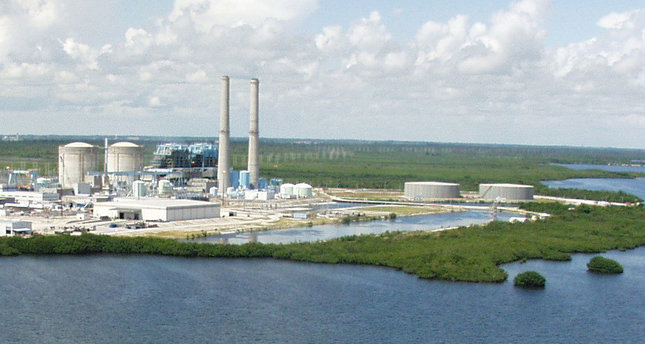 by AA Oct 21, 2014 12:00 am
"Turkey will build a third nuclear power plant by 2018-2019, when we have sufficiently qualified people to build it as a national project," Turkish Prime Minister Ahmet Davutoğlu said on Tuesday.

Davutoglu was briefed on the recent studies of the Ministry of Energy and Natural Resources. The three-hour presentation was closed to the press.

He said after the meeting that the third nuclear power plant in Turkey will be built by Turkish experts by 2018-2019.

One is to be built in Mersin, the Mediterranean region of the country, by Akkuyu Nuclear. The agreement on the project was signed between the governments of Russia and Turkey in Ankara on May 12, 2010.

The second project will be built through Japanese-Turkish cooperation in Sinop, in the Black Sea Region of the country. The deal for the project, based on a build-operate-transfer basis, was signed between Turkish Prime Minister Recep Tayyip Erdoğan and his Japanese counterpart Shinzo Abe on May 3, 2013.