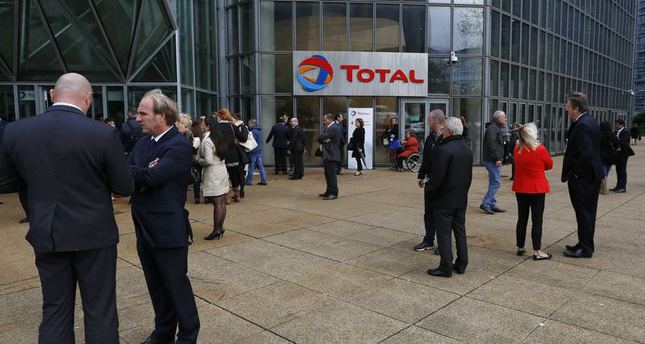 by Oct 22, 2014 12:00 am
Total on Wednesday named Patrick Pouyanne as its new chief executive, while former CEO Thierry Desmarest was appointed chairman after the sudden death of boss Christophe de Margerie in a Moscow plane crash.

The appointment of 51-year-old Pouyanne to the post was no surprise, he has been tipped as a possible heir to De Margerie ever since joining the executive committee in 2012.

Born on June 24, 1963, Pouyanne is a graduate of the prestigious French engineering schools Ecole Polytechnique and the Ecole des Mines in Paris.

He began his career in government, holding various positions in the industry ministry.

A technical advisor to Prime Minister Edouard Balladur from 1993 to 1995, he then became chief of staff to the information, technology and space minister from 1995 to 1996.

In 1997 he joined French oil company Elf, which later became Total in a 2000 merger, as chief administrative officer in Angola.

Two years later he was sent to Qatar where he was chief of exploration and production.

He continued up the career ladder, becoming a member of Total's management committee in 2006 and in 2012 was appointed to head up refining and chemicals, also making his way onto the executive committee.

"After holding several important executive positions in the Upstream segment in France and internationally over the past 14 years, Patrick Pouyanne successfully managed the transformation of the refining and chemicals segment," said Total when announcing his appointment.

In 2015 he is due to take on the added role of chairman of the company when the posts are once again combined, after a few months under the wing of former CEO Thierry Desmarest.

Total veteran Desmarest led the company as both chief executive and chairman from 1995 to 2007 through often stormy waters, before handing over the CEO post to De Margerie.

He stayed on as chairman until 2010 when he was a mentor to De Margerie before stepping down.

The 68-year-old, who has remained the company's director since, will now return as chairman until 2015, due to age limits in the position.

Under his leadership Total became France's leading company by revenue, and one of the world's biggest oil companies.

One of his first acts in the job was to sign a deal to develop one of Iran's biggest oil fields, earning a storm of criticism from the United States.

In 1999 he won a hostile bid to take over Elf Aquitaine for nearly $50 billion, merging it with then-Total Fina to create one of the world's major oil companies alongside Exxon, BP and Shell.

A brilliant strategist but soft spoken, the short and bespectacled Desmarest was nicknamed "The Little Prince of black gold" at Total.

He was also at the helm of the company during an environmental disaster when oil tanker Erika sank off the French Atlantic coast in 1999.

And in 2001, a huge explosion at the site of fertiliser subsidiary AZF in Toulouse, southern France, devastated an urban area, killing 31 people and injuring 2,500 others.

The group also came under attack for its activities in Myanmar, and over allegations about its role at the time of a programme of oil-for-food for Iraq.

Born in Paris in 1945, Desmarest was the son of a magistrate and, like many at Total including Pouyanne, went on to graduate from Ecole Polytechnique and the Ecole des Mines.

He joined Total in 1981 where he held several management positions in exploration and production in Latin America, West Africa and the Far East.

He became the right-hand man of his predecessor Serge Tchuruk who nicknamed him "Mr Flawless", before becoming chief executive in 1995.