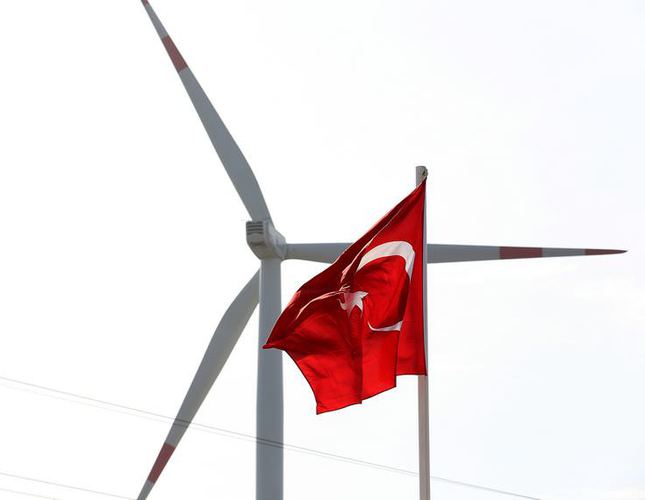 Electricity generated through wind power will grow from the present 318 gigawatts to 4,042 gigawatts by 2050, according to the Global Wind Report 2014. The report also said that by 2050, wind power will satisfy 30 percent of the global demand for energy.

The installed capacity of wind power in the world is expected to increase by more than 1,000 percent by 2050. According to the Global Wind Report 2014 released by the Global Wind Energy Council (GWEC), global wind power, the installed capacity of which was 318 gigawatts in 2013, is expected to rise to 4,042 gigawatts in 2050. Thanks to this capacity increase, wind power will constitute 30 percent of global electricity demand by producing 10,624 terawatt-hours in 2050. The global amount of electricity produced in 2013 was 620 terawatt-hours.

Projections in the report included a time period between 2020 and 2050 under the title of "advanced scenario." The report was prepared considering that renewable energy would gain more importance and carbon emission policies would become an international commitment. According to the report, national energy supply security will take shape through price stability, new employment opportunities and protecting valuable water resources in the world.

To increase the capacity of wind power will require growing investments. Annual investments, which amounted to 44 billion euros in 2013, are expected to rise to 249 billion euros in 2050. In the report, which states the biggest contribution to decreasing carbon emission comes from wind power, it is estimated that prevented carbon emissions, which were 372 tons in 2013, will rise to 6.3 billion tons in 2050. Installed wind power capacity in Turkey has risen to 3,581 megawatts with a 35 percent increase this year. In attempting to increase the use of domestic and renewable resources in order to diminish foreign energy resource dependency, Turkey is accelerating its production of wind power energy. According to data from the Energy and Natural Resources Ministry, Turkey's installed wind power capacity in the first eight months of 2014 rose to 3,581 megawatts with an increase of 926 megawatts compared to the same period of 2013. In the first half of this year, the government put 47 wind power plants built by private sector companies into use. Because of this, 5 percent of the 68,000 megawatts worth of electricity demand was met by wind power. While 27 megawatts were added to Turkey's installed wind power capacity in August 2013, this figure was nearly more than 170 megawatts in the same month for 2014.