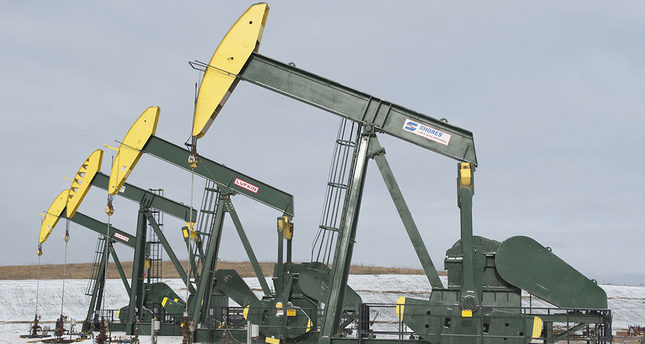 Oil prices broke the $80 barrier, with the fall leading to a decrease in producers’ profits. Oil-dependent economies, especially Turkey, a country dependent on energy imports, taking advantage of the situation

The price per barrel of Brent oil has decreased to $80 after the Organization of Petroleum Exporting Countries (OPEC) agreed to maintain the current level of crude oil production.

While the price per ton of crude oil was approximately $809.6 in the first nine months of last year, this year it dropped down to $790.6.

JPMorgan Chase & Co, a U.S. investment bank, declared that oil prices will continue to drop and that they are expecting the price to decrease to around $70 per barrel in December.

Speaking to Daily Sabah columnist Cemil Ertem, the reason behind the falling oil prices is more related to politics rather than economics. Ertem said "Oil prices will be around $75-85 per barrel as long as U.S. pressure on Saudi Arabia to the increase supply of oil is maintained without reconciliation between the EU, the U.S. and Russia. On the other hand, Turkey benefits from this situation which helps to decrease its import bill and has a positive effect on the current account deficit. The Energy Market Regulatory Authority should reconsider regulations on oil prices which consumers can benefit from too."

Chief Economist of the International Energy Agency Fatih Birol stated that the decrease in crude oil prices has greatly benefited Turkey and that for the next one or two years Turkey will be relieved. Speaking to Anadolu Agency at the "Global Energy Outlook" meeting held in London, Birol underlined that petrol prices have decreased by 20 percent compared to last year. "This will have a positive effect on Turkey's current account deficit along with other countries like Turkey, who are dependent on importing crude oil and natural gas. Along with the decrease in crude oil prices, natural gas imports, which are linked to crude oil imports, will also decrease," Birol said, adding the caveat that global petrol prices might soon increase.

Stating that this decrease was due to the high production of shale gas in the U.S. and therefore, might not continue in the long run, Birol warned that if the prices remain at the same level in 2015, the investments in shale gas will decrease by around 10 percent. Furthermore, with the decrease in prices, the demand for crude oil will increase and might push prices back up.