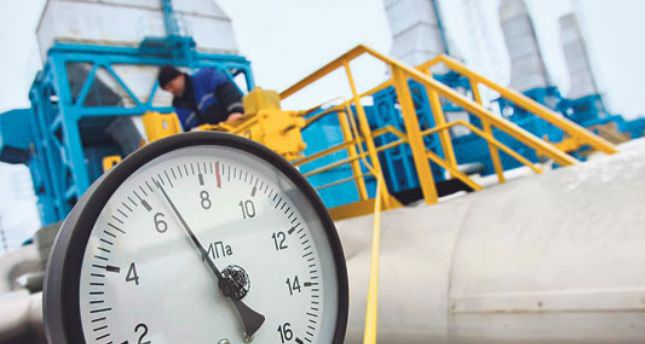 With Russia turning to Turkey to sell its natural gas to Europe via the South Stream, the country as become a natural corridor for gas

Turkey will become the conduit of natural gas transfers between producers like Russia, Azerbaijan, Iraq and Turkmenistan to consumers in Europe as a result of several pipelines built or in the process of being constructed.

Russia's decision to ditch the South Stream project that was supposed to deliver gas to Europe via Bulgaria and switch to Turkey is the latest in a series of projects the Turkish government is negotiating or has signed in the recent years to turn Turkey into a regional hub for energy transfers.

Blue stream is the main pipeline between Turkey and Russia and with the new agreement signed on Monday, Turkey has become even more dependent on Russia, which is delivering around 60 percent of Turkey's natural gas needs.

On the other hand, Turkey is currently working on another project, the southern gas corridor, which will provide supply security for Turkey. The southern gas corridor is a project proposed by the European Union to provide gas supply from Caspian and Middle Eastern countries to Europe. Countries like Azerbaijan, Georgia, Turkmenistan, Kazakhstan, Iraq and Egypt will be involved in the project, which Turkey promised to finish the main pipeline until 2020.

Putin said on Monday that Russia can't implement the project because of the European Union's opposition to it. The $40 billion Gazprom-led project would have involved running a pipeline under the Black Sea to Bulgaria and further on to southern Europe. "We will not start the construction of the project on the Black Sea. It is not logical to construct all the pipelines and stop when reaching the border of Bulgaria," Putin said on Monday.

The CEO of Russia's state-owned gas monopoly Gazprom, Alexei Miller, said that the project to build the South Stream gas pipeline was dead, after Putin cited obstacles raised by the EU. "The project is closed. This is it," Miller told the reporters. However, Moscow will boost gas supplies to Turkey and may cooperate with it in creating a hub for natural gas supplies on the border with Greece, according to Putin.

The South Stream pipeline was planned to transfer natural gas from Russia to Europe, but the project was cancelled by Putin because of the ongoing political tension with EU due to the crisis in Ukraine. Since Bulgaria stopped the constructions because of EU pressure, Putin stated that they would re-direct it toward Turkey. This was viewed by pundits as the start of a gas war between the EU and Russia.

During the Russian president's visit to Turkey on Monday, both countries agreed on a 6 percent price discount on natural gas for Turkey. Turkish Energy Minister Taner Yıldız stated yesterday that they will continue to push for a futher discount. "Russia's discount offer is a positive step toward strengthening our collaboration, yet we hope to receive a higher discount," Yıldız told journalists during a press conference in Ankara.

Speaking at a joint press conference with Erdoğan on Monday, Putin said Russia would reduce the gas price for Turkey by 6 percent, starting next year, and had agreed to supply Turkey with an additional 3 billion cubic meters (bcm). Last year, 13.7 bcm of gas was pumped to Turkey via the Blue Stream witht the total gas provided by Russia reaching 26.7 bcm.

It is too early to reflect Russia's discount offer to Turkish natural gas consumers, Yıldız told the press on Tuesday. He said Turkey's oil and gas pipeline distribution company BOTAŞ still conducts the negotiations over its losses, not profits. Russia is also thinking of scrapping the South Stream natural gas pipeline project and may cooperate with Turkey on building a gas hub for southern Europe, according to the Putin.