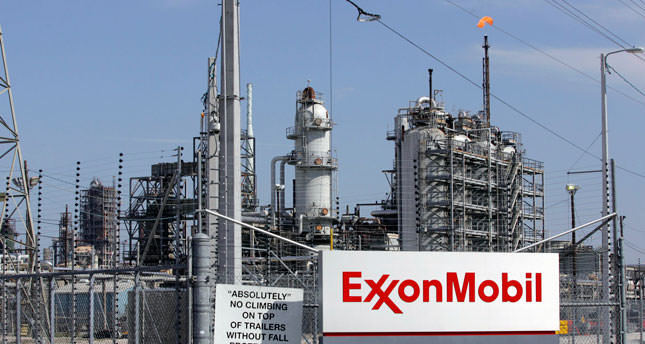 Exxon Mobile forecasts that renewable energy will provide just 4 percent of the world’s energy by 2040 while oil will account for 32 percent of world energy, natural gas for 26 percent and coal for 19 percent

North America, once a sponge that sucked in a significant portion of the world's oil, will instead be supplying the world with oil and other liquid hydrocarbons by the end of this decade, according to ExxonMobil's annual long-term energy forecast.

And the "almost unspeakable" amount of natural gas found in recent years in the U.S. and elsewhere in North America will be enough to make the region one of the world's biggest exporters of that fuel by 2025, even as domestic demand for it increases, according to Bill Colton, Exxon's chief strategist. "The world has such an improved outlook for supplies," Colton said in an interview. "Peak oil theorists have been run out of town by American ingenuity." In a forecast that might make economists happy but environmentalists fret, Exxon's two chief products, oil and natural gas, will be abundant and affordable enough to meet the rising demand for energy in the developing world as the global middle class swells to 5 billion from 2 billion and buys energy-hungry conveniences such as cars and air conditioners.

This is a result of advances in drilling technology that have made it possible for engineers to reach oil and gas in unconventional rock and extreme locations and quieted talk that the world was quickly running out of oil. And it is despite what Exxon assumes will be increasingly strict policies around the world on emissions of carbon dioxide and other gasses emitted by fossil fuel use that scientists say are triggering dangerous changes to the world's climate.

Exxon's outlook forecasts world energy supply and demand through 2040 and is updated every year. It is noted by investors and policymakers and used by Exxon to shape its long-term strategy. Colton said the recent sharp decline in oil prices does not have much effect on the company's long-term vision, and that the company expects prices to rise and fall, sometimes dramatically, throughout the period. Exxon's vision is broadly similar to that of other forecasters, including those by the International Energy Agency, which released its most recent long-term forecast last month. Demand for energy will grow rapidly in coming decades in the developing world, while demand in the developed world is expected to be flat or even decline as countries impose stricter emissions policies and become more efficient.

The use of coal, now the world's second most important fuel after oil, will eventually slip as countries try to reduce air pollution. Natural gas, which burns cleaner than coal and emits half the global warming gases as coal, will supplant coal in the number two spot. Exxon takes a relatively dim view of the prospects for renewable energy, however. It believes that some of the aggressive targets for renewables cited by governments are too expensive to come to fruition, and the technologies have not advanced far enough to make them cheap or effective enough for broad adoption globally. "They are just not ready for prime time," Colton says.

While Exxon expects wind, solar and other non-hydro electric energy to grow faster by far than any other energy technology over the period, those renewables will provide just 4 percent of the world's energy by 2040, up from 1 percent in 2010. Fossil fuels will still dominate: Oil will account for 32 percent of world energy, natural gas for 26 percent, and coal for 19 percent. Nuclear and biomass will account for 8 percent each, and hydroelectric power will account for 3 percent.