Turkey to provide Iraq with electricity 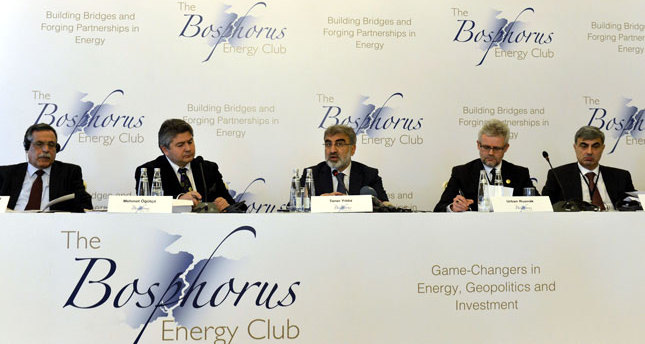 by Daily Sabah Dec 12, 2014 12:00 am
Turkey and Iraq signed an electricity production plant agreement yesterday to help meet Iraq's power supply needs. Turkish Energy and Natural Resources Minister Taner Yıldız stated that Turkey will establish a plant which will work with the capacity of 3,000 megawatts of electricity. The Iraqi government is conducting proposals with investors for projects to have a reserve of 4,500 megawatts of electricity, as the country faces severe power shortages, Iraq's electricity minister said.

Speaking at the Bosphorus Energy Club meeting in Istanbul, Qasim al-Fahadawi said Iraq plans to build up 15,000 megawatts of electricity, and has already awarded contracts for 6,000 megawatts. The government started negotiations on 4,500 megawatts out of the remaining 9,000 with two different investors.

The minister said Iraq's major electricity problem lies in transmission. He added that Iraq is looking for $5 billion to fund transmission and distribution, and is seeking to defer payments for four years because of budget issues and the fight against ISIS.

Touching on Iraq-Turkey relations, Fahadawi said the two countries should enhance energy cooperation, and added that relations are growing gradually but are not yet at the desired level.

Turkish Energy Minister Taner Yıldız said that Iraq is conducting studies to produce natural gas. He said that when it is extracted and after the country allocates gas for domestic consumption, Iraqi natural gas will be transported to Turkey. He added that the volumes involved will be dependent on Iraq's production.