China enters the US market with ‘Made in Turkey’ 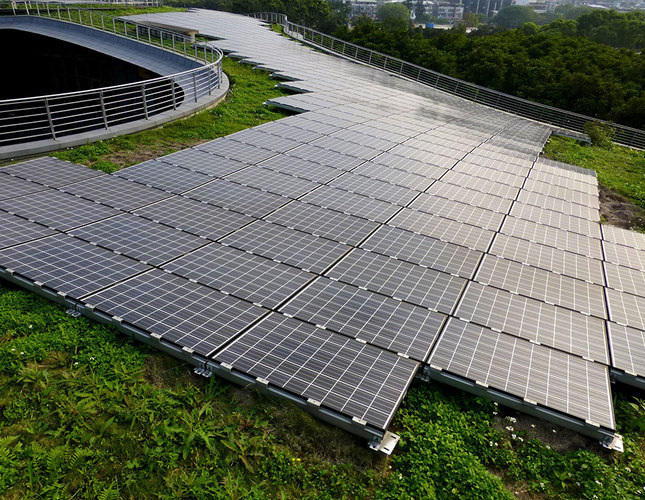 by Kerim Ülker Dec 22, 2014 12:00 am
Chinese solar panel manufacturers are overcoming U.S. anti-dumping barriers by manufacturing in Turkey. CSUN, a Chinese company publicly traded on the NASDAQ, built a solar panel factory in Tuzla, a district of Istanbul, and entered the U.S. market with the "Made in Turkey" seal on its products.

Due to high taxes imposed on Chinese companies in the U.S., CSUN chose Turkey as an alternative manufacturing location. In turn, Turkey will be able to benefit from anti-dumping measures against Chinese panel manufacturers. CSUN is one of the companies that began production in Istanbul last year, and the company has signed an agreement with U.S.-based Suntitiy, which will allow CSUN to begin selling its products carrying the "Made in Turkey" seal, to a solar energy field in the Carolinas.

CSUN began production in 2013 in Tuzla in partnership with Sunergy and Seul Energy and is the first solar cell manufacturing plant in Turkey. The factory was built following an investment of $50 million and has a capacity of 100 megawatts. The U.S. had started to implement anti-dumping measures against China along with the EU over the past few years. According to a GTM Research analysis, the average market value of solar panels produced by Japan and EU countries is $0.83 per watt. This number is between $0.68 and $0.73 per watt among Chinese brands.

In 2011 some U.S. solar panel manufacturers requested a trade-related investigation into their Chinese rivals. They claimed that, because of the incentives provided by the Chinese government, Chinese companies are able to sell their products with lower prices. After the investigation concluded, the U.S. government began adopting anti-dumping policies, such as the U.S. Department of Commerce raising taxes on Chinese and Taiwanese companies from 10.74 percent to 165.04 percent. According to official numbers, Chinese firms exported $3.1 billion to the U.S. in 2011, but this number decreased to $2 billion in 2012 and $1.5 billion in 2013.

Because of similar obstacles within the EU, CSUN only exported panels totaling 6.4 megawatts to France from Turkey.