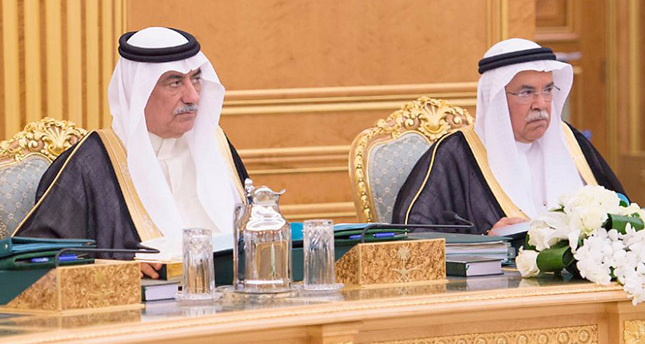 Saudi Arabia, the world’s largest crude exporter and the most insistent country of OPEC to keep output level on hold, announced a huge budget deficit due to the sharp decline in oil prices

Saudi Arabia, the world's largest crude exporter, yesterday announced a 2015 budget with a huge $38.6 billion deficit due to the sharp decline in oil prices but still raised spending. A statement read on state-run television said spending for 2015 is projected at 860 billion riyals and revenues at 715 billion riyals.

Projected spending is slightly higher than the 855 billion riyals planned for this year, but revenues are 140 billion riyals lower than estimates for 2014, the statement read after a cabinet session chaired by Crown Prince Salman bin Abdulaziz. The budget shortfall is the first deficit projected by the OPEC kingpin since 2011 and the largest ever for the kingdom. Over the past decade, Saudi Arabia has overspent budget projections by more than 20 percent and if the trend is maintained next year, the deficit will be much higher. The price of oil, which makes up more than 90 percent of public income in Saudi Arabia, has lost about half of its value since June due to a production glut, weak global demand and a stronger U.S. dollar.

Saudi Finance Minister Ibrahim al-Assaf said this month that Riyadh will continue massive public spending despite the sharp decline in oil prices. Assaf said the budget comes during "challenging" global economic conditions but reserves built over many years have given Saudi Arabia "depth and a line of defense that come in handy in times of need." In royal decrees issuing the new budget, King Abdullah called for the "rationalization of spending" and for the "accurate and efficient implementation of the budget." "You are aware of the slowdown in growth in the global economy and the events in the petroleum market that led to the sharp fall in oil prices," the statement quoted the king as saying.

Saudi Oil Minister Ali Al-Naimi told reporters at the beginning of the week that Saudi Arabia will not cut oil output level even if non-OPEC countries do. "If they want to cut production they are welcome: We are not going to cut, certainly Saudi Arabia is not going to cut" he said, which points out that Saudi Arabia will insist on the oil prices that now hurt its own economy. Al-Naimi further added they will not step back even if the price decreases to $20 per barrel.

If oil prices remain at the current level of about $60 a barrel for benchmark Brent crude, Saudi Arabia is expected to lose half of its oil revenues of $276 billion posted in 2013. No figures have yet been provided for this year's budget results. The International Monetary Fund has warned that, due to the drop in oil price, Saudi Arabia will post a budget deficit this year. But the wealthy kingdom, which pumps around 9.6 million barrels per day, can easily tap into huge fiscal buffers, estimated at $750 billion, to meet the budget deficit. King Abdullah authorized the finance minister to draw "from the reserves" to meet the deficit or through borrowing. Ratings agency Standard and Poor's lowered its outlook for Saudi Arabia to stable from positive following the slide in oil prices. But S&P also affirmed its high ratings for Riyadh over the "strong external and fiscal positions" it has built up in the past decade.