Turkey and Iraq to cooperate on energy to sustain mutual growth 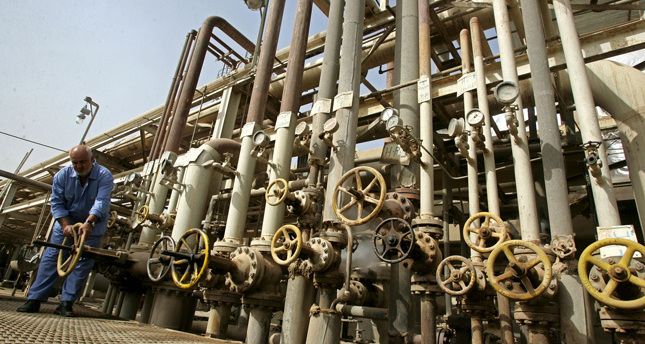 The Turkey-Iraq High-Level Strategic Cooperation Council held in Ankara yesterday was attended by Prime Minister Ahmet Davutoğlu and his Iraqi counterpart Haider al-Abadi. Speaking at a press conference held after the meeting, al-Abadi emphasized that oil must be the primary field of cooperation. "Turkey and Iraq will sustain joint economic development together," al-Abadi said.

Davutoğlu commented on the meeting as well, and said, "We are ready for cooperation in the field of energy." He further emphasized that after the discussions in November, many determined decisions have been taken to eliminate the obstacles applied to Turkish firms and that Turkey is ready to collaborate in terms of water and will back all of its commitments in this respect. "We hereby welcome you again and would like to underscore that we will be steadfast in our stance, which aims to decrease any kind of water waste," Davutoğlu added.

The Iraqi prime minister thanked Davutoğlu for his hospitality and added that they are visiting Turkey with a large administrative committee in order to hold strategic meetings. "We would like to implement this agreement again by looking after the benefits of both the region and our country," said al-Abadi and added that they aim to improve cooperation in all bilateral fields from economy to energy, security to military.

Recently, important energy partnership deals have been signed between Turkey and Iraq. "We want Iraq's unity and its revenues to be equally distributed among its people," said Foreign Affairs Minister Mevlüt Çavuşoğlu, during a televised interview yesterday. "We are going to work with Iraq in the next term and we will hopefully boost the trade volume from $12 billion to $30 billion in the future," he added.

Turkey and Iraq had signed an electricity production plant agreement on December 11 to help meet Iraq's power supply needs. Turkish Energy and Natural Resources Minister Taner Yıldız had stated that Turkey will establish a plant which will work with the capacity of 3,000 megawatts of electricity. The Iraqi government is conducting proposals with investors for projects to have a reserve of 4,500 megawatts of electricity, as the country faces severe power shortages, Iraq's energy minister said. Turkey's sole oil refinery company, Turkish Petroleum Refineries Corporation (TÜPRAŞ), recently signed an agreement to purchase the oil extracted by the KRG in Northern Iraq, which is to be sold by Iraq's National Oil Company, SOMO.