Electricity and natural gas fees to remain stable in 2015 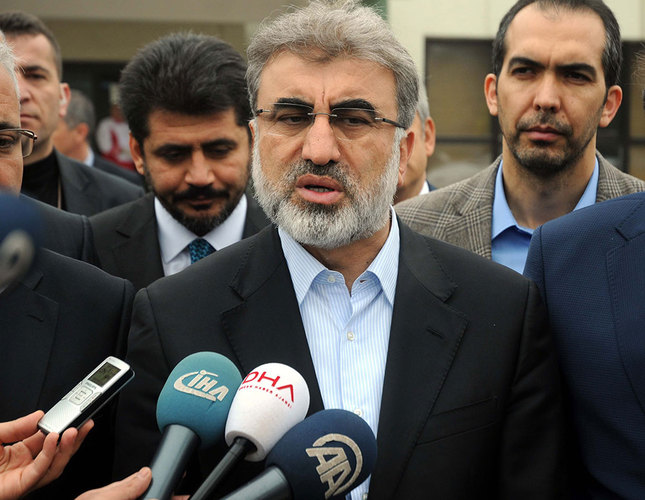 Energy Minister Yıldız announced that there will be no price hike for electricity and natural gas in the beginning of the new year, as Turkey continues to work on decreasing its dependence on energy

Energy-dependent Turkey has increased investment in electricity production and natural gas storage facilities to satisfy its increasing energy demand during its economic growth over the last decade. There will also be a legislative bill presented to Parliament in January concerning regulating fees for electric power distribution and transmission losses, which distributors collect from consumers, Yıldız confirmed. Power distributors face huge losses caused by individuals stealing energy from the grid, and regulators struggle to prevent these losses with inspections and penalties. Yıldız noted that distribution losses are a general problem throughout the national grid, but are particularly concentrated in some eastern regions.

Natural gas consumption in 2014 increased to 48 billion cubic meters, and Yıldız added that in 2015, this figure is expected to reach 51 billion cubic meters. He also noted that the country is trying to increase power production from coal instead of natural gas, and no incentives will be available for new natural gas thermal plants. He stated that "Turkey has to increase its power generation from coal like Germany and other industrialized countries have done. Therefore, we will shift incentives available for the natural gas plants to new coal plants," Yıldız said. Currently, 74 cities in Turkey use natural gas, and while the lack of natural gas in certain cities is due to geographical conditions – in addition to the fact that this number will increase to 78 in 2015 – by 2016, all cities in Turkey will have natural gas infrastructure according to Yıldız. He further noted that currently, there is ongoing work to increase the number of natural gas storage facilities, and added, "During the first phase of building, the 1 billion meter cube-capacity storage facilities in Lake Tuz will be completed in 2017, the second phase in 2019, and the facilities will be commissioned in 2019."

Work to increase the capacity of the LNG facilities will be completed in 2018 and 2019, and $1.1 billion has been invested by both the public and the private sectors for crude oil exploration with drilling works scheduled for the western Black Sea Region next year. Yıldız also announced that shale exploration will commence next year by the Turkish Petroleum Corporation. Additionally, the locally-produced, 3D seismic survey craft will be launched in the first days of next year and will be commissioned in the second half of 2015. "A 17.1 percent discount has been applied to gasoline prices and a 16.5 percent discount has been applied to diesel oil prices; thus, consumers have saved around TL 14 billion [$5.993 billion] within the last six months," Yıldız said.

Yıldız also underscored that Turkey will host what the energy sector refers to as the "energy Olympics" between 2015 and 2017, which consists of the Intercontinental Wind Power Congress and the 6th World Energy Regulatory Forum in 2015, the World Energy Congress in 2016 and the World Petroleum Congress in 2017.

The Energy Minister also provided information on the petroleum market and said that 32.2 millions of barrels of petroleum and the 40th tanker has been loaded, and is currently on its way to Turkey, which will generate a revenue of around $2.5 billion.