Turkey to become a strategic player in global energy sector 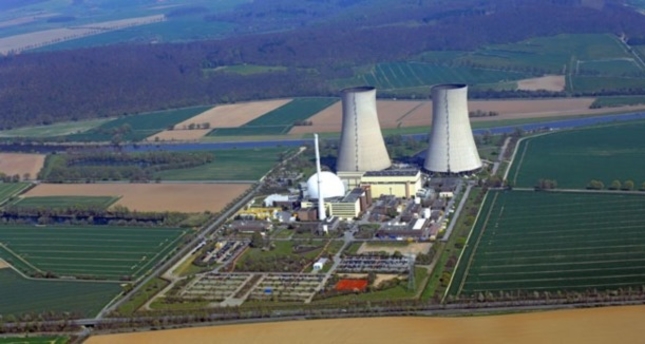 As an energy dependent country Turkey worked on a strategic plan to provide energy supply security in 2014. With the perspective of energy as a reason for establishing peace, it became a strategic player in its region as well as a reliable partner for other countries

Both the local and global energy sector have witnessed a very hectic year in 2014. Mining accidents in Turkey, discussions about the transfer of northern Iraqi petrol, efforts to secure an energy supply to end Russia's monopoly in the global natural gas market and decreasing crude oil prices were the main items on the agenda.

Accidents that occurred at the Soma and Ermenek mines made long-term headlines in Turkey. The worst mining disaster in the history of the Turkish Republic took place on May 13 in the district of Soma in Manisa, where 301 miners lost their lives and 486 were injured, while 18 miners died due to floods that occurred in a coalmine in Ermenek, Karaman on October 28. After these accidents, more than a thousand mines were closed and a revised Occupational Health and Safety Code, which includes new regulations for miners, was submitted for approval to Parliament's Speaker's Office. Energy and Natural Resources Minister Taner Yıldız also noted that a Mining Law Bill is about to be submitted to Parliament.

Another important issue was the objection of the Baghdad government to the delivery of crude oil extracted from northern Iraq and delivered to Ceyhan, Turkey for transport to international markets. Yıldız had underlined repeatedly that the crude oil drilled in northern Iraq and stored in Ceyhan belongs to the whole of the Iraqi nation. While the crude oil flow in the Kirkuk-Yumurtalık pipeline was constantly disrupted by terror attacks, northern Iraqi petrol continued to flow to Ceyhan, and the first tanker delivery began at the end of May.

Meanwhile, the terrorist group the self-proclaimed Islamic State of Iraq and al-Sham (ISIS) continued to march towards energy resources located, in particular, in Iraq and Syria. The August report of the International Energy Agency noted that ISIS had seized seven oil fields in Iraq with a capacity of producing 80,000 barrels of crude oil a day. To prevent ISIS's progress towards refineries and oil fields in northern regions of Iraq and especially Kirkuk, air strikes targeting ISIS commenced, carried out by coalition forces led by the U.S. Further, peshmerga troops also seized some oil fields in July to protect them from ISIS assault. As a result, "Kirkuk Oil" was added to the agenda of the disagreement on oil between the Erbil and Baghdad governments.

After months of conflict, an agreement was finally reached in November, and Minister Yıldız noted that starting from the end of November, the transfer of 28 million barrels of crude oil on 35 tankers commenced.

Another matter, perhaps the most important one, that occupied the global agenda was the swift decrease in Brent crude oil prices, which stood around $115 in June. After a decision by OPEC to restrict production in December, prices fell to $58, the lowest point in the last five years.

In reply to criticisms that the decrease in global crude oil prices is not reflected in local prices Yıldız said: "A gas tank with a 55-liter capacity can now be filled for less than TL 50 of crude oil and less than TL 40 of diesel oil, which means that all citizens save around $6 billion."

Various important deals were signed for the Trans-Anatolian Natural Gas Pipeline Project (TANAP), which aims to deliver Azeri gas to Europe through Turkey. In March, expropriation decisions were opened for signature, while in May, Turkey's share of Şahdeniz natural gas production increased to 19 percent, and its share in TANAP to 30 percent. The foundations of the South Caucasians Gas Corridor, which is the starting point for the project, were laid in Baku on September 20.

The crisis in Ukraine increased the probability of Russia interrupting the flow of natural gas it provides to Europe via Ukraine; therefore, diversity in energy resources and the safety of natural gas supplies became a major issue discussed in the European Union. The E.U. Commission announced in March that the South Stream Project, which would have transferred Russian gas through the Black Sea to European markets, was suspended. This decision by Russia increased interest in alternative projects for delivering gas to Europe, such as TANAP.

Turkey, which might become an international energy center, is currently discussing transferring gas from Iraq by 2018, and a deal has also been made with Russia to increase the capacity of the Blue Stream Pipeline carrying Russian gas to Turkey to 19 billion cubic meters in October.

While Russia is currently seeking new alternatives in the East due to the sanctions applied by the West, the 30-year deal to ship approximately $400-billion worth of natural gas from Russia to China was one of the most striking agreements this year.

Turkey was also considered in Russia's search for new supply markets. During the Russian President's visit to Turkey, Putin announced that while the South Stream project was off the table, a new pipeline with a 63-billion-cubic-meter capacity is to be constructed in Turkey. The increasing significance of Turkey for Russia's energy policies along with E.U. policies and the "Turkish Stream" pipeline became internationally discussed topics. Moreover, Russia will discount natural gas prices by six percent starting in the New Year, and Energy Minister Yıldız further noted that discussions are ongoing with Gazprom to increase the discount rate.

Turkey has increased the pace of plans regarding nuclear energy production through a Russian, French and Japanese consortium. Prime Minister Ahmet Davutoğlu announced that along with two nuclear plants to be established in Akkuyu, Mersin and Sinop, there will be a third nuclear energy plant constructed. Further, the Environmental Impact Assessment Report for the Akkuyu Nuclear Power Plant was approved on December 1.

Iran's nuclear power schedule was also a busy one this year. While the E.U. has suspended some of the economic sanctions it imposed on Iran after a confirmation from the technical team at the International Atom Energy Agency, which visited the country for six months, the target date set for the final agreement to be concluded as a result of discussions and negotiations between Iran and the P5+1 countries (Permanent 5+1: the United States, Russia, China, the United Kingdom and France plus Germany) about nuclear energy was postponed for seven months, and no agreement has been reached this year.

Turkey also speeded up its efforts to ensure compatibility with the E.U.'s energy policies. In line with its target for diversifying energy resources, the E.U. increased the share of this target from 20 percent to 30 percent for 2030 in July. The Ministry of E.U. Affairs announced that within the first nine months of the year, the established renewable energy capacity of Turkey would be increased by 2,000 megawatts, with a $5.5 billion investment according to the regulations amended by the National Action Plan issued on November 3. Further, it was noted that for the period January-September, 137 renewable energy plants had been commissioned.

The 10th Development Planned announced on November 10 also stipulated an increase in energy efficiency and decreasing energy consumption of state buildings by ten percent from 2012 levels by 2018. It further aimed to increase the share of local resources to 35 percent by 2018, which currently is 27 percent in primary energy production.

Yıldız also noted that the final phase has been reached in the foundation of Energy Markets Operation Incorporation (EPİAŞ) in December.