Oil producers show no sign of cutting output despite oversupply 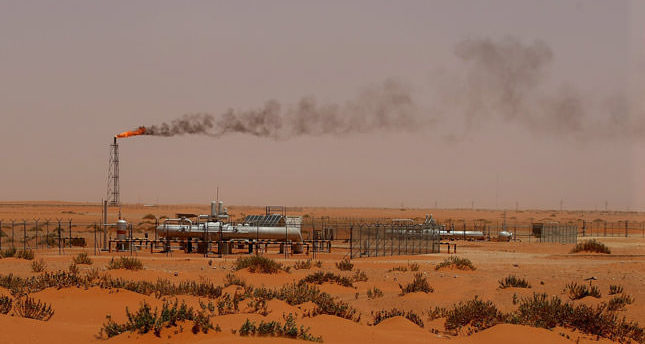 Oil producers try to stand strong to keep up their market share against the risk of U.S. shale supplies while King Abdullah of Saudi Arabia says the country will deal with the challenge posed by lower oil prices

Oil prices fell to fresh 5-1/2 year lows yesterday, extending losses after a 5 percent plunge in the previous session as worries over a global supply glut intensified. Brent crude fell close to $51 a barrel, its lowest since 2009, with cuts to Saudi Arabia's official selling prices to Europe this week adding more pressure to the 55 percent price rout since June. Saudi Arabia's King Abdullah said in a speech read for him yesterday the country would deal with the challenge posed by lower oil prices "with a firm will" but gave no sign the world's top exporter was considering changing its policy of maintaining production in the face of fast-growing U.S. shale supplies. "We would need an indication that Saudi Arabia is considering output cuts," said Carsten Fritsch, a commodities analyst with Commerzbank. The Saudi official price cuts on Monday added to bearish data over the weekend showing that Russia's 2014 oil output hit a post-Soviet-era high and December exports from Iraq, OPEC's second-largest producer, reached their highest since 1980. Brent crude fell as low as $51.23 a barrel yesterday, its lowest level since May 2009. It recovered slightly to $51.95 at 1310 GMT, down $1.16 on the day. U.S. crude was at $48.94, down $1.10, after falling to $48.47, its lowest since April 2009. Fritsch at Commerzbank said other countries including Iraq, Iran and Kuwait are likely to cut their official selling prices in the coming days. The UAE cut its prices yesterday.

Jitters over political uncertainty in Greece, and a downward revision yesterday to Europe's December Composite Purchasing Managers' Index (PMI), raised questions about energy demand in Europe and compounded the bearish sentiment. A slew of factors was keeping up the downward pressure on prices, analysts said, pointing to concerns about the Greek economy, high oil output from Russia, Iraq and the United States, and a stronger dollar. "The weak euro should be one of the reasons," said Tamas Varga of PVM oil brokerage in London. "When the Saudis are cutting prices, the markets are not going to go higher." In the face of official price cuts, markets shrugged off news about rising hostilities and lower oil production in Libya, as well as data showing the number of rigs drilling for oil in the United States fell for a fourth straight week. U.S. commercial crude oil and products stockpiles were forecast to have risen in the week ending Jan. 2, a preliminary Reuters survey showed on Monday.

Saudi Arabia made deep cuts to its monthly oil prices for European buyers on Monday, a move some analysts said reflects the kingdom's deepening defense of market share, although it also hiked prices in Asia from record lows. State oil firm Saudi Aramco cut the official selling price (OSP) for its Arab Light crude to Northwest Europe, a region that buys only a small proportion of Saudi Arabia's crude, by $1.50 a barrel for February, putting it at a discount of $4.65 a barrel to the Brent Weighted Average (BWAVE), the lowest since 2009. However, Aramco also raised its February price for its Arab Light grade ARL-OSP-A for customers for Asia - the largest of its major markets, accounting for more than half of its exported crude - by 60 cents a barrel versus January to a discount of $1.40 a barrel to the Oman/Dubai average. The $2 discount to Asia in January was the largest in records going back more than a decade, but traders had been expecting Aramco to hike prices by at least 20 to 30 cents due to the narrowing spread in the Dubai market. The Arab Light OSP to the United States, the fifth consecutive monthly cut, was set at a premium of 30 cents a barrel to the Argus Sour Crude Index (ASCI) for February, down 60 cents from the previous month. The Kingdom's move to cut its OSPs has been perceived by many traders as a signal of its decision to abandon efforts to shore up falling crude oil prices and, instead, focus on maintaining its share of key markets. "The moves are reinforcing that the Saudis just don't intend to do anything to rebalance (price) levels," said Gene McGillian, senior analyst at Tradition Energy in Stamford, Connecticut.