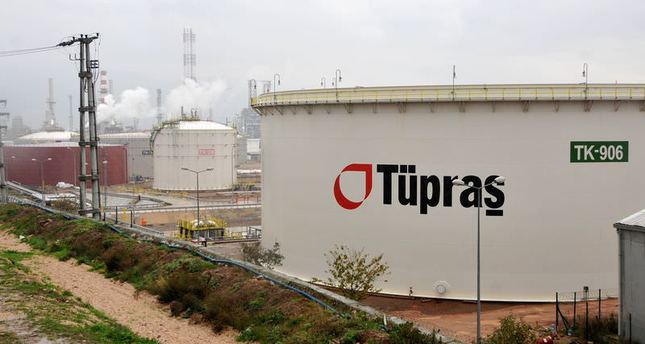 by Daily Sabah Jan 09, 2015 12:00 am
Turkey's largest company and one of the leading refineries in the Mediterranean region, Tüpraş, has been fined 160 million Turkish Liras ($69.3M) following a tax investigation for the period between 2009-2013.

Tüpraş made a statement over the Public Disclosure Platform regarding the fine, vowing to use all legal rights against it.

The statement reads: "In the matter of the Tax Investigation announced in our Material Disclosure dated 24th July 2013, a critical Tax Report has been prepared by the Tax Inspection Team and the Reports and notices have been served to our company.

In regards to this tax inspection report, we plan to utilize all of our legal rights including negotiations. All developments related to this issue will be notified to our investors through the normal channels for such announcements."