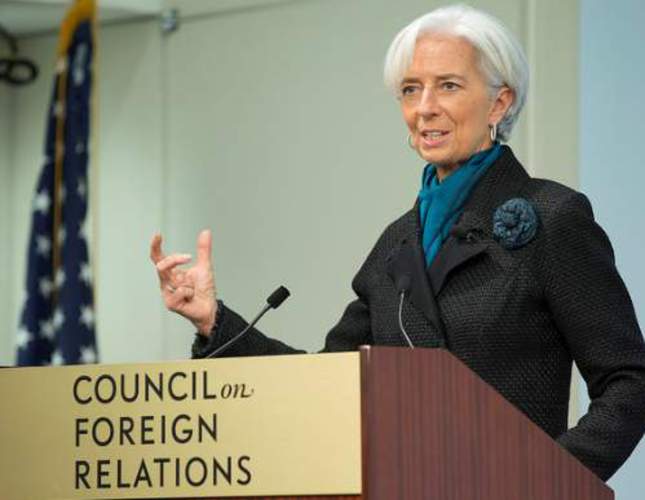 by Jan 16, 2015 12:00 am
Cheap oil is unlikely to speed up global economic recovery, International Monetary Fund (IMF) Managing Director Christine Lagarde has warned, adding that the global recovery is currently too lopsided.

Lagarde suggested in a speech to the Council on Foreign Relations in Washington that although growth in the U.S. and lower oil prices have given economies a helping hand, the world is facing a "very strong headwind."

Noting that cheaper oil increases consumers' purchasing power and private demand in oil-importing countries, Lagarde stated, "Depending on how long oil prices remain at low levels, this could provide a positive contribution to global growth for some time."

The impact of lower oil prices would prove to be an immediate test for many policy makers, she said. "Most importantly, however, the drop in oil prices provides a golden opportunity to cut energy subsidies and use the savings for more targeted transfers to protect the poor – for which the IMF has been pushing hard."

She said they would be working on interim solutions to address some of the concerns of our other 187 member countries. "The year 2015 must be the 'year of action' when policymakers redouble efforts to tackle deep-seated economic weaknesses and show greater political leadership on infrastructure investments, trade agreements and climate change," she said.