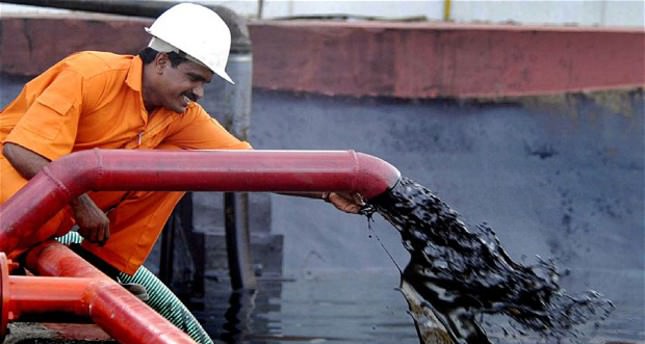 by Jan 20, 2015 12:00 am
World oil prices fell on Tuesday after the International Monetary Fund slashed its world economic growth forecast, stoking fresh fears over the strength of global crude demand. In late afternoon London deals, Brent North Sea crude for delivery in March dropped 55 cents to $48.29 a barrel. US benchmark West Texas Intermediate for February sank $1.97 to trade at $46.72 per barrel.

The International Monetary Fund on Tuesday sharply cut its forecast for global economic growth this year to 3.5 percent, on the back of weaker momentum in nearly all leading economies but the United States. It said poorer prospects in China, Russia, the euro area and Japan would also hold world growth to just 3.7 percent in 2016.

Both estimates were 0.3 percentage points lower than in the IMF's previous World Economic Outlook forecasts in October, and underscored the steady deterioration of the economic picture for many countries.

"We see no near-term catalysts that would change the supply/demand equation," credit ratings firm Moody's said in a market commentary. It said the drop in crude prices by more than half between June last year and this month reflected an increase in US production, a slow rise in worldwide demand and oil kingpin Saudi Arabia's decision "not to keep acting as OPEC's -- and the world's -- swing producer".