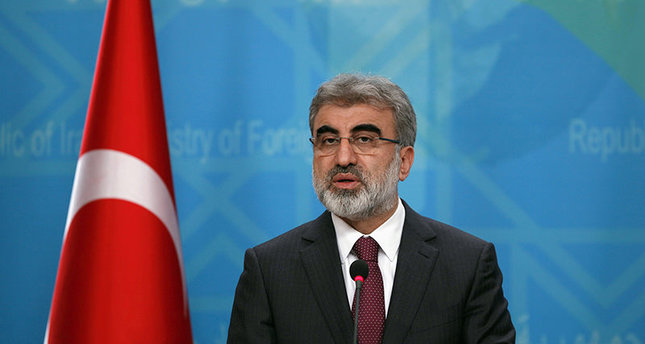 by Anadolu Agency Jan 27, 2015 12:00 am
The negotiations between Turkey and Russia about pricing natural gas and a new gas pipeline look promising, a Turkish official said on Wednesday.

"With the oil price slump, natural gas prices are falling as well. This affects gas producing countries, like Russia, negatively, and puts a strain on the ongoing negotiations too," he added.

Yıldız said that the current gas prices are at November 2008 rates, despite the rise in value of the U.S. dollar.

"We have also agreed with the Russian delegation in principle that we will move on to take more solid steps towards the new gas route through Turkey, instead of having non-binding agreements," Yıldız said.

"The project named 'Turkish Stream' is planned to carry 63 billion cubic meters of natural gas annually. We aim to begin construction before the end of 2016," said Yıldız.

Yıldız underlined that there was a significant increase in domestic natural gas usage in January, saying that Turkey used 2 billion cubic meters of gas in 10 days.

"Turkey uses 48-50 billion cubic meters of gas per year on average. This means we used 4 percent of total annual consumption in just 10 days," he said.

"Any increase in domestic gas prices is out of question, and there are no problems with natural gas supply security. But, we should be more careful about the consumption levels in February and March," he concluded.

Turkey's total cost of energy imports totaled $239 billion between 2009 and 2013, according to data from the Turkish Statistical Institute.
Last Update: Jan 28, 2015 9:39 am
RELATED TOPICS