Minister: Trust is more crucial than signatures with Russia 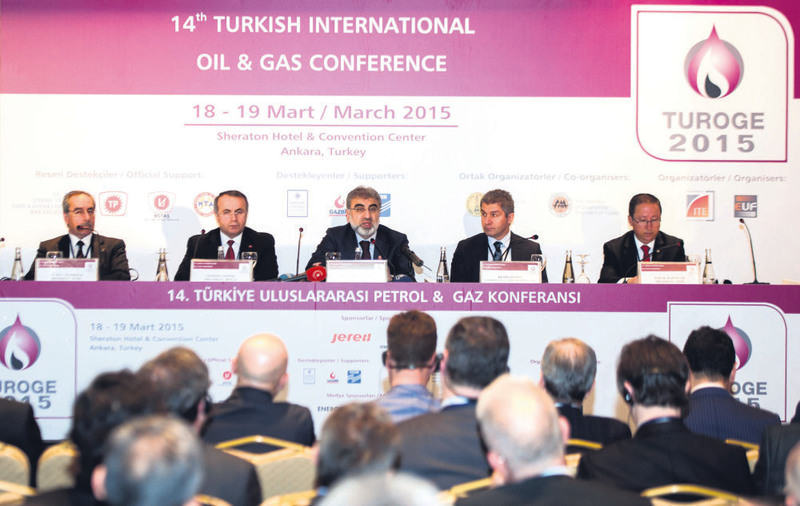 Energy Minister Yıldız said that 10.25 percent discount deal with Russia on natural gas has been reached, and that though the agreement has not been signed yet, trust is the key in Turkish-Russian relations

Energy Minister Taner Yıldız claimed the allegation regarding the 10.25 percent discount agreement reached with Russian state-owned energy giant Gazprom was not real. It was rumored that the problems encountered in the implementation of the 10.25 percent discount in natural gas prices according to the agreement between Turkey's state-owned energy company BOTAŞ and Gazprom were due to the Russians requesting certain exemptions for the Turkish Stream natural gas pipeline project. Turkish Stream will transfer Russian natural gas to Europe via Turkey from the Turkish-Greek border, and was announced after the cancellation of the South Stream project.

Answering the press's questions at the 14th Turkish International Oil and Gas Summit in Ankara yesterday, Yıldız said that the discount has been achieved and the signatures are to follow. "We approved the deal. Trust between Russia and Turkey is as important as the written statements. If I say so [that a 10.25 percent discount will be provided], you heard the news from the source," Yıldız said, and further stressed that he was very pleased with the discount rate and that it will be reflected in consumer prices. He also highlighted that Turkey currently is one of the top five countries with the cheapest natural gas and the cheapest electricity in both industrial and residential areas.

On whether the natural gas to be purchased from Azerbaijan and transported via the Trans Anatolian Natural Gas Pipeline (TANAP) project will be more expensive than the gas purchased from Russia, Yıldız noted that Azeri gas will be offered at more affordable prices because it is such a new project. The inaugurating ceremony for TANAP was held in the Selim district of Kars in northeastern Turkey on Tuesday, and was attended by President Recep Tayyip Erdoğan, Azeri President Ilham Aliyev and Georgian President Giorgi Margvelashvili.

When reminded of his meeting on Tuesday with the current vice president of the European Commission in charge of Energy, Yıldız said that the TANAP project was of utmost importance for European energy supply security, and upon their request, a dialogue concerning energy will be initiated. Moreover, Turkey is beginning the dialogue through official channels as of Wednesday. Yıldız said the dialogue process was between the EU and Russia to resolve conflict, and that Turkey should be able to replace the Western Stream and minimize risks. Yıldız underscored that the Turkish Stream project will not replace the TANAP; on the contrary, Turkey owns 30 percent of the shareholding rights to TANAP.

Yıldız emphasized that they different pipelines will be used in order to quickly resolve any problems that may arise in the TANAP project. Highlighting that the amount of natural gas delivered by BOTAŞ has been increasing, Yıldız said that if possible, they will try delivering gas through two different pipelines in the same country and on the same route. "If the crisis in Ukraine had not deepened and Turkey had not made an agreement with the EU, Turkey would have been adversely affected. Any kind of defects arising in the Western Stream, which carries 10 percent of Europe's total gas, could not be recovered; therefore, such measures are necessary for the TANAP project as well as to prevent any kind of cuts," Yıldız added.
Last Update: Mar 18, 2015 11:31 pm
RELATED TOPICS