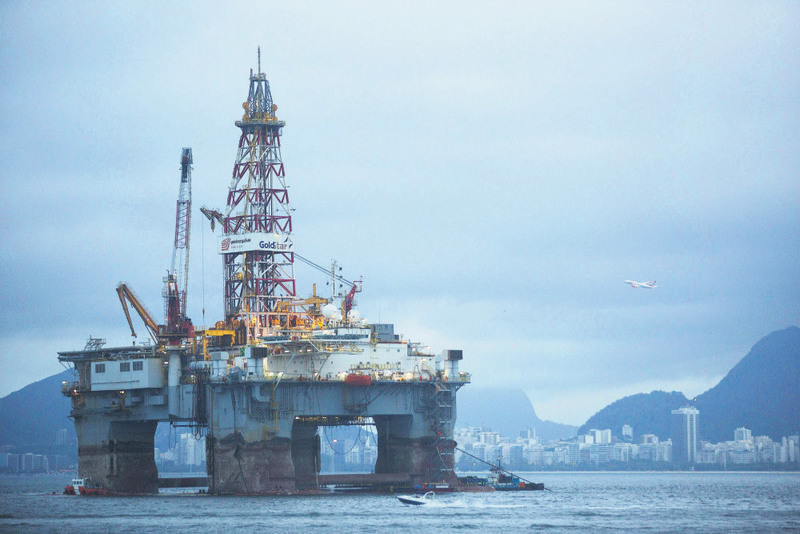 Petrobras lost $2.1 billion to the largest corruption scheme in Brazilian history, the state oil giant said Wednesday, releasing its first audited accounts of a scandal that has enveloped the company and badly wounded the government. Petrobras, the largest company in the world's seventh-biggest economy, announced losses of 21.6 billion reals ($7.2 billion) for 2014.

By finally releasing its long-delayed results, the company is seeking to turn the page on five tumultuous months in which its chief executive and entire board were forced to resign and ratings agencies hit it with a string of downgrades. Prosecutors accuse Petrobras executives of colluding with construction companies to massively inflate contracts and bribe politicians, including members of President Dilma Rousseff's Workers' Party (PT) and its allies. Rousseff, who is facing calls to resign and popularity ratings of 13 percent just months into her second term, chaired the Petrobras board during much of the period under investigation, but is not accused of wrongdoing. The annual results, which were audited by PricewaterhouseCoopers (PwC), included losses to the kickbacks scheme from 2004 to 2012. Petrobras also announced losses of $1.8 billion for the third quarter of 2014, and posted an asset devaluation of $14.8 billion, largely because of the slide in international oil prices and postponed refinery projects. Releasing the results "is a fundamental step toward fully salvaging the company's credibility," said the state-controlled firm's new chief executive, Aldemir Bendine.

He told journalists at Petrobras headquarters in Rio de Janeiro that the company's "second challenge" was to draft a new business plan for the next five years, which he said would be released within 30 days.

Analysts said the company still has work to do to restore the confidence of the market and the country. "This could be an excellent first step, but it doesn't say much in and of itself," said Daniel Marques, chief analyst at consulting firm Gradual Investimentos. "Petrobras's problem isn't about oil or finance, it's about trust. The first thing the company needs to do is recover its credibility because today the market doesn't believe it."

Petrobras said it had calculated overpayments of 3 percent on contracts with 27 companies that formed what investigators call a cartel that paid bribes to company directors to win tenders. It also added in bribes funneled through other companies in cases where investigators said their witnesses had told them about other incidents of corruption.

Prosecutors are building their case on testimony from suspects who have agreed to cooperate with the investigation in return for lighter sentences.

Analysts say the company's effort to come clean should help it avoid a partial default on its massive debt of nearly $140 billion. Petrobras had twice delayed releasing its third-quarter results, initially due in November, because PwC would not sign off on them without accounting for losses to corruption.

The standoff wiped billions off the company's stock value as the share price plunged to eight reals. But shares have been creeping back in recent weeks, regaining nearly 60 percent, to more than 13 reals. Those accused in the scandal include the treasurer of the ruling PT, Joao Vaccari, who was arrested last week. Thirteen senators, 22 congressmen, two governors and several former cabinet officials are also being investigated.
Last Update: Apr 23, 2015 11:25 pm
RELATED TOPICS