Cheap oil slows Saudi projects but Qatar on the rise 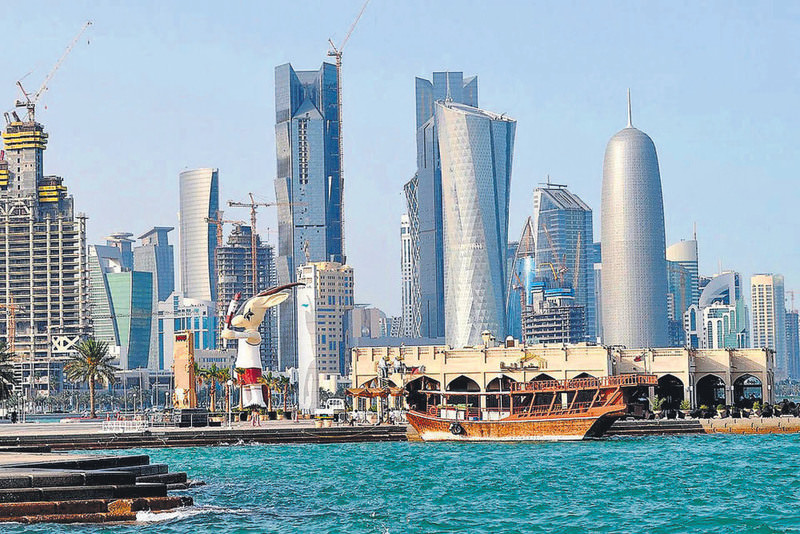 by reuters Apr 27, 2015 12:00 am
Low oil prices are slowing new economic projects in Saudi Arabia and the United Arab Emirates, but projects have accelerated in Qatar and Kuwait, Abu Dhabi Commercial Bank (ADCB) said in a report showing the mixed impact of cheap oil on the Gulf.

The total value of projects awarded in the six-nation Gulf Cooperation Council (GCC) climbed to above $40 billion in the first quarter of this year, up 9.9 percent from the previous quarter. This amount is the largest since the second quarter of 2014, and above the average of the last two years.

The report confirmed that the Gulf projects market has by no means collapsed because of the plunge of oil prices since last June, even though state finances in the GCC countries have been hurt by reduced income form oil and gas exports. ADCB said it expected the GCC projects market to continue growing in 2015, although at a weaker pace than in 2013 and 2014, which were particularly strong years.

However, "much will depend on the recovery of the oil price," the bank said, adding: "Private corporate investors are generally taking a more wait-and-see approach to projects than governments are."

The value of projects awarded in Saudi Arabia during the first quarter of this year fell 10 percent from the previous quarter, ADCB said. New projects focused on social welfare, with major awards made in healthcare and housing.

The main Saudi project cancellations were in the hydrocarbon sector, but the impact of low oil prices is likely to increase in the rest of this year, ADCB said, noting that some private real estate and industrial projects had been put on hold.

Project awards in the UAE sank 35.6 percent in the first quarter to their lowest level since the beginning of 2013. Around 40 percent of planned construction projects by value were put on hold, though this amount was dominated by a single private real estate project in the emirate of Ras al-Khaimah, and ADCB said it believed most of the UAE's core development plans were largely on track.

The value of new projects in Qatar soared 287 percent largely because of construction of the Doha Metro. Kuwait also rose, but this was mostly because of a single large oil project. Unlike their wealthy GCC neighbors, which have huge fiscal reserves, the finances of Oman and Bahrain have been hit hard by low oil prices. The value of first-quarter project awards fell in both countries, ADCB's report found.
Last Update: Apr 27, 2015 9:37 pm
RELATED TOPICS