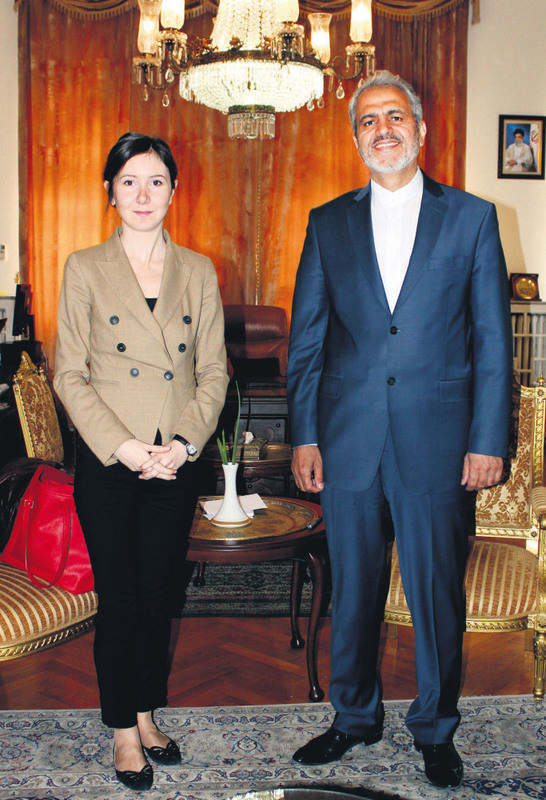 by Ebru Şengül Apr 27, 2015 12:00 am
Iranian Ambassador to Turkey, Ali Reza Bikdeli, said that the energy cooperation between Turkey and Iran is "an engine that mobilises the two countries' economies," therefore the two countries need a common plan for using these energy resources. Speaking exclusively to Daily Sabah, Bikdeli underlined the potential of Turkey and Iran in the energy trade market, which he considers a great opportunity to improve economic and bilateral ties. "In general, Turkey and Iran are improving their cooperation in the energy arena. But we need to make more market investigations and improve infrastructure both to be able to export natural gas to Turkey and to transit Iranian gas through Turkey. But after all of these are realized, you will see that our gas exports and transition will improve on a large scale," said Bikdeli.

Bikdeli also spoke about the recent debate between Iran and Turkey about natural gas prices. Turkey continues to buy its most costly gas from Iran, compared to its other biggest suppliers, Russia and Azerbaijan, while Iran sells 95 percent of its total gas to Turkey. According to unofficial figures, Turkey pays $490 for 1,000 cubic meters of Iranian gas, $425 for Russian gas and $335 for Azeri gas.

"In order to offer a discount on the prices, we have two choices. One of them is negotiation and the other is arbitration. Turkey chose the second way so we will wait for the final decision in May. But our job will begin after that. We obviously want to export more to Turkey and Turkey wants to buy more gas from Iran," said Bikdeli.

On April 6, Turkish President Recep Tayyip Erdoğan paid a one-day visit to Iran where he met with his counterpart, Hassan Rouhani. Erdoğan stressed that energy cooperation with Iran will continue, but that Turkey also expects lower prices from Iran. After the visit, Iran proposed doubling its exports of natural gas for a discount in prices. But Ankara rejected the offer, finding the discount "unacceptable." Bikdeli said that it is time for Turkey and Iran to sit and negotiate a new purchasing price, adding that the price that was decided by the two leaders appeared in the press. "The Turkish side conveyed the volume that it wants to receive. The Iranian side specified the price limit. I think after arbitration, these negotiations will continue very intensively." Bikdeli added that going to arbitration is not an indication of disagreement between Turkey and Iran, as depicted in the press. "This is a way to assert Turkey's rights in order to reach a fair gas price." Bikdeli did not comment on the claims that Iran may buy a stake in the Trans-Anatolian Natural Gas Project (TANAP). "I have no information in that regard, but as far as I know, there is no official movement on this issue," he added.
Last Update: Apr 28, 2015 10:42 am
RELATED TOPICS