Turkish Stream to be built by December 2016 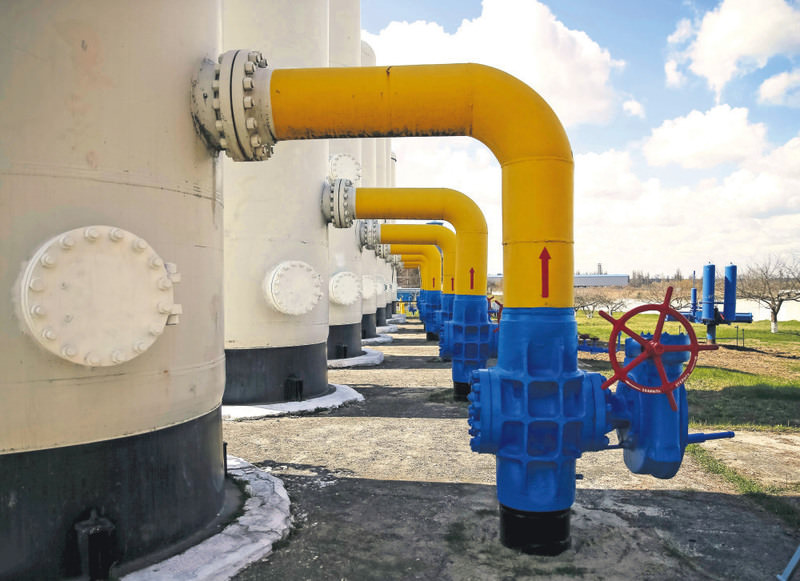 Gazprom has agreed to provide discounts to private Turkish energy importers to prevent the loss of market share. However, the deal with state-owned BOTAŞ has stalled. The two countries agreed to begin building the Turkish Stream pipeline by December 2016

Russian state-owned energy giant Gazprom and Turkey agreed on the construction of a new pipeline project, which will carry Russian natural gas to the Greek-Turkish border via the Black Sea. The new pipeline, called Turkish Stream by Russians, is planned to become operational by December 2016, according to Gazprom. The Blue Stream pipeline, which currently carries Russian gas to Turkey via the Black Sea, will also be modernized with the new deal that was made yesterday in Ankara.

Meanwhile, after months of negotiations, Gazprom has agreed to provide discounts to private Turkish companies, which account for more than a third of Russian natural gas imports, Kommersant newspaper reported. According to sources, the discount will be 25 percent in the first quarter and 15 percent in the second quarter. This new deal will allow the Russian company to sustain its market share in Turkey's private sector. However, similar talks with Turkey's state-owned energy company BOTAŞ have remained in a deadlock according to Kommersant, since the new Turkish Stream pipeline project, which is planned to carry Russian gas to Europe via the Turkish-Greek border, has yet to be settled.

Along with the discount deal, the parties have also agreed to return to oil indexation for pricing instead of fixed rates. The private Turkish companies that have reached the deal with the Russian gas giant are Enerco Enerji, Bosporus Gaz, Avrasya Gaz, Shell, Batı Hattı, Akfel Gaz and Kibar Enerji. The importers purchase 10 billion cubic meters of Russian gas per year, which is supplied by the Trans-Balkan pipeline through Ukraine. In 2014, Turkey purchased 27.3 billion cubic meters from Gazprom in total. Speaking to Daily Sabah, Kibar Holding Chairman Ali Kibar said the discount will only contribute to decreased purchasing costs, while the sector has already been suffering from high costs and low sale prices. Kibar reiterated that while final consumers buy natural gas with fixed prices, the importers have to pay the loss regarding the change in oil prices and the dollar-Turkish lira parity, which directly affects the price. "Gazprom knows that we are currently losing. We can't store natural gas and demand has to be covered, which means we have to maintain supply. We had to reach a deal at some point. Unless this discount is still not enough, it is about maintaining the network," Kibar said.

After the failure of the construction of the South Stream pipeline, Greece, Serbia, Macedonia, Hungary and Turkey have agreed to build the Turkish Stream project. Russian President Vladimir Putin announced the project in December during his official visit to Ankara, and renewed his words by saying there is no way back after making promises to Turkish partners. Ever since, the Turkish and Russian sides have maintained talks in order to reach a discount agreement in addition to negotiating the Turkish Stream. The parties have managed to agree on a 10.25 percent discount, however, they could not agree to any component of the contractual formula to apply it. BOTAŞ is suffering losses, as it pays around $370 per 1,000 cubic meters of Russian gas even though prices in European markets are $100 less. The position of the Turkish side has become even worse with the weakening Turkish lira, which has lost 14 percent of its value against the dollar since the beginning of the year.

According to Kommersant, Gazprom is very interested in beginning construction soon because the company has already lost several hundred million euros by paying simple pipe-laying vessels that have been waiting for six months in Varna. Additionally, Turkey is stepping up purchases of spot LNG, which is currently $50 cheaper than Russian gas. In April, the supply of gas into the country from Russia fell by almost 38 percent compared to last year.

Russian and Turkish governments do not allow political issues to bar economic benefits While the two countries had serious clashes on the 1915 incidents between Armenians and Turks, political factors have failed to interrupt negotiations. At the end of April, Putin attended an event in Armenia's capital, Yerevan, to commemorate the 1915 events, and Russian Prime Minister Dimitri Medvedev sent a telegram to his Armenian counterpart Hovik Abrahamyan where he referred to the 1915 incidents as "genocide." Putin also referred to the incidents as genocide on April 23 in a letter he sent to a commemoration ceremony organized by the Armenian diaspora in Moscow. However, Putin refrained from using the term on April 24 during the centenary commemorations in Yerevan. Putin's remarks drew the ire of Prime Minister Ahmet Davutoğlu and President Recep Tayyip Erdoğan. Davutoğlu criticized Putin's attendance at the commemoration event in Yerevan and underscored that it casts a shadow on the Minsk Group's impartiality. Erdoğan condemned Putin's attendance, and said, "I invite the countries that make genocide claims to clean up the bloody stains on their own history."