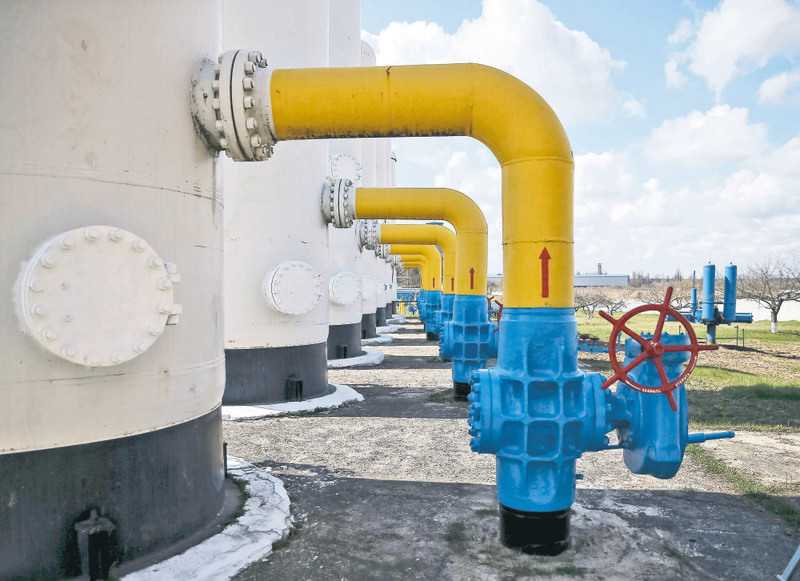 by Daily Sabah May 13, 2015 12:00 am
The Turkish Stream pipeline project, which is the working name of the proposed natural gas pipeline from Russia to Turkey via the Black Sea, is set to face more resistance from the EU, the world's largest political risk consultancy Eurasia Group predicts.

Last week, Gazprom CEO Alexey Miller and Energy and Natural Resources Minister Taner Yıldız met in Ankara where they reached an agreement to begin delivery of the first 16 billion cubic meters of gas to Turkey in December 2016. Despite this agreement and Gazprom's ambitions to secure a supply route that bypasses Ukraine, Eurasia Group analysts Emily Stromquist and Mehmet Müderrisoğlu predict the project still faces considerable resistance in Europe.

According to a report published by Eurasia Group on May 11, the EU would have to grant requisite approvals for any EU-based portions of the pipeline at a time when Gazprom's reliability is seriously in question due to ongoing conflict in Ukraine and now the European Commission's (EC) antitrust case against the company. The report also underlines that the fate of three-quarters of the pipeline's planned capacity still remains up in the air, as the EU will have to approve any move to extend the pipeline past the Turkish-Greek border into EU territory. "The Turkish Stream would run up against many of the same regulatory issues as the [now defunct] South Stream, in particular requirements that the pipeline comply with Europe's Third Energy Package requirements, which ultimately led to the latter pipeline's cancellation," the report claimed. In order to gain initial entry into the European market for the Turkish Stream and gradually win over support from other regional EU member states, Russia is already developing close relations with Greece.

However, the Eurasia Group predicts Greece will be under pressure from the EU. "Greece, which has already agreed to host the TAP [Trans Adriatic Pipeline], will be under EU pressure to honor [its] commitments to the Southern Gas Corridor," Eurasia Group analysts predict. "And without regulatory approvals from Brussels, Russian efforts should be viewed as political maneuvering rather than promising signs for the Turkish Stream. We suspect Gazprom will respond by making its best effort to finalize supply details with Turkey and forge ahead with pipeline construction along the first segment, with the hopes it can convince Europe of the utility of this pipeline in the interim."
Last Update: May 13, 2015 11:33 pm
RELATED TOPICS