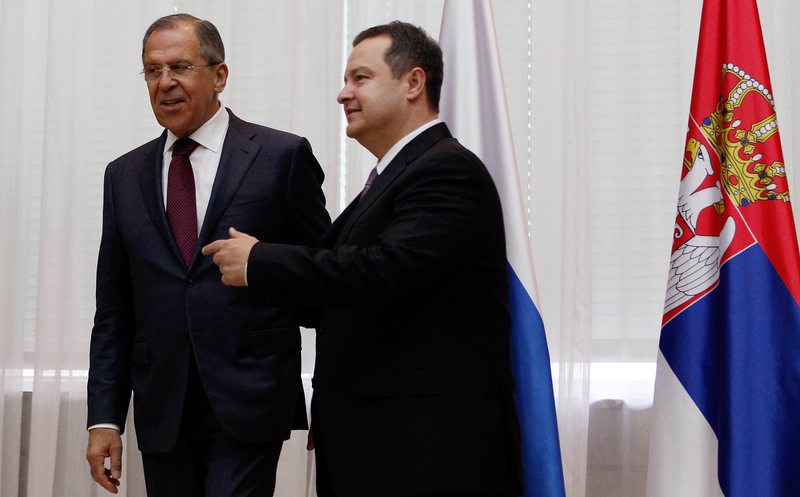 by Daily Sabah May 15, 2015 12:00 am
Serbian Foreign Minister Ivica Dacic, on Friday, expressed Serbia's interest in participating in the Turkish Stream gas pipeline project in order to secure the country's natural gas supply.

"At present, we can express our readiness for participation in this project because we need reliable gas supplies," Dacic told reporters after a meeting with Russian counterpart Sergei Lavrov in Belgrade.

"We wouldn't like to find ourselves in a situation several years later when we'll have to look for those who are to blame for the fact that winter has come and there are no more gas supplies via Ukraine," he said.

"We are unnerved by the situation when everything can be done with regards to the Nord Stream gas pipe [that runs across the Baltic Sea for Russia's direct gas supplies to Germany and North Europe bypassing transit states] and at the same time everything is prohibited with regard to the gas project from the south, although this is the same gas from Russia," Lavrov said.

"We have the same rights as residents of the northern part of Europe," he said.

The new route, currently called the Turkish Stream by Russian authorities, is planned to pass through Turkey and extend to the Turkish-Greek border. The project, which aims to be completed in 2020, is intended to carry about 63 billion cubic meters of natural gas to Eastern and Central Europe.
Last Update: May 15, 2015 7:18 pm
RELATED TOPICS