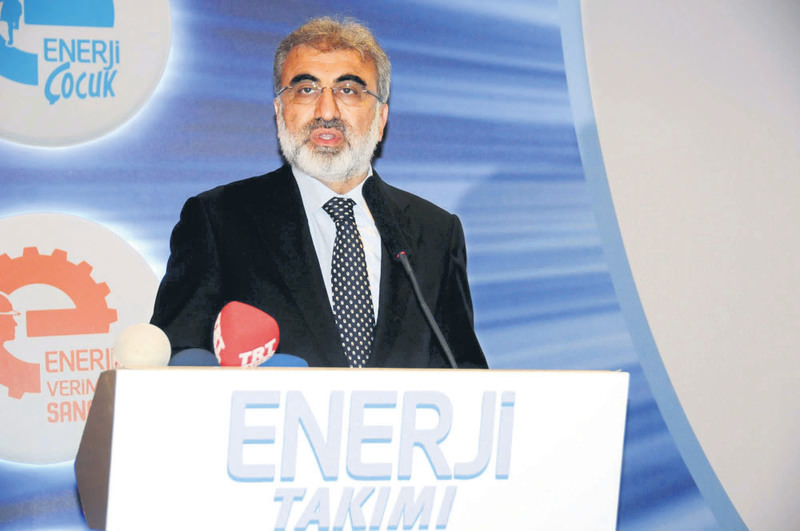 Today, Turkey has four hours of surplus energy per day thanks to new investments, despite high consumption. Energy Minister Yıldız pointed to energy saving as the sixth and most important energy resource for the resource-poor country

"We established 39,000 [additional] megawatts [of power] from 2002 to 2015. This is an outstanding growth figure. Together with growth, our expenses are also increasing. Turkey can save TL 15 billion [$5.693 billion] every year. We can carry out dozens of projects by saving energy. This is our sixth-largest, but most important resource. There is oil, coal, natural gas, nuclear and renewable energy, but any amount of energy we can save is equavalent to creating our own," he said.

He added, "We need to adopt an energy-saving culture in our lives. We are coming from a culture and religion forbidding wastefulness. No matter how rich we are, we need to apply saving methods."Yıldız emphasized that supply in Turkey has been larger than consumption in the last three years. If the government had not opened the path for investment, electricity in the country would be cut for nine-and-a-half hours a day, but there are four hours of surplus energy today, he said, adding that Turkey has to benefit from its local resources. "We opened facilities valued at $2.1 billion in various cities last week. We opened facilities that produce energy from garbage in Amasya and Sinop. Garbage in these two cities is turned into energy. Garbage is a serious threat to the environment. In developing Turkey, 1 kilogram of garbage is produced per person. We will eliminate garbage by turning it into energy," Yıldız said.

"If a company whose annual energy consumption equals a minimum of 500 tons of oil conducts an energy-efficient project, we allow them to benefit from fifth-region incentives even if they are in Istanbul or İzmir. The same incentives are applied for those who save from waste energy," Yıldız said. The advantages of fifth-region incentives include discounts on value-added tax, customs duties and investment support. "All the work we have done is related to Turkey's future. All these can be managed by political stability," he added.

According to data from the U.N. Development Programme, energy consumption in Turkey has been continuously increasing since 1970 by 4.4 percent on average, and an annual increase of 5.7 percent is expected between 2006 and 2020. The total energy consumption of Turkey reached 106 million tons in 2007 and is estimated to reach 222 tons in 2020.

The Energy Efficient Industry Project, which aims to allow industrialists who invest in projects increasing energy efficiency from fifth-region incentives, is supported by the Erdemir Group, which is the main sponsor, in addition to gold sponsor Eren Holding and silver sponsor Wilo Pompa. The project aims to provide energy efficiency valued at TL 65 billion in 10 years with the cooperation of the public and private sectors and nongovernmental organizations. It also aims to reduce the bills of enterprises by 30 percent. Savings valued at TL 65 billion equal the construction of six nuclear power plants, seven Atatürk dams, 10 Bosporus Bridges, 10 airports and 3,200 general hospitals.
Last Update: May 26, 2015 10:47 pm
RELATED TOPICS