If you use electricity illegally, do it, but do not waste it: Turkey's distribution company 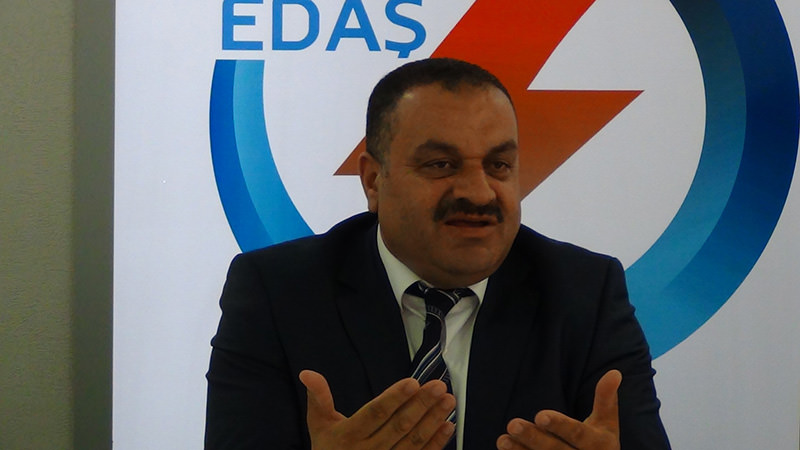 | IHA Photo
by Daily Sabah Jun 04, 2015 12:00 am
Dicle Electricity Distribution Corporation (DEDAŞ) CEO Murat Karagüzel, called on electricity users in the region not to waste the energy it provides since the total amount of electricity generated by two major damns in the area – the Keban and Karakaya dams – do not even cover the lost or wasted amount, he said.

Karagüzel made the comments on Wednesday at DEDAŞ's regional directorate in Diyarbakır, one of the largest cities of southeastern Turkey. He said about 20.5 billion kW hours of electricity – about 10 percent of Turkey's total energy consumption – is consumed in the region per year, and drew attention to the rising waste rates. Even if there is illegal use of electricity, with no waste, Turkey can save 8 billion kW of energy out of 20.5 billion kW, thereby saving TL 2.4 billion ($890 million) per year according to Karagüzel.

"The total electricity generated by the Keban and Karakaya Dams [on the Euphrates, in southeastern Anatolia] does not cover the wasted amount. We still say, 'if you are using electricity illegally, use it, but do not waste it,'" he said, and called on residents in the region to be sensitive toward the wasteful usage of electricity.

Southeastern Turkey has long been plagued by illegal electricity use. DEDAŞ, which won a privatization bid of the utility in 2013, has struggled to recover losses from unpaid bills and curb the illegal use of electricity.

A total of 100 percent of DEDAŞ's shares belong to Turkey's electricity distribution company, TEDAŞ, and it provides service in Turkey's southeastern provinces of Diyarbakır, Şanlıurfa, Siirt, Mardin, Batman and Şırnak.