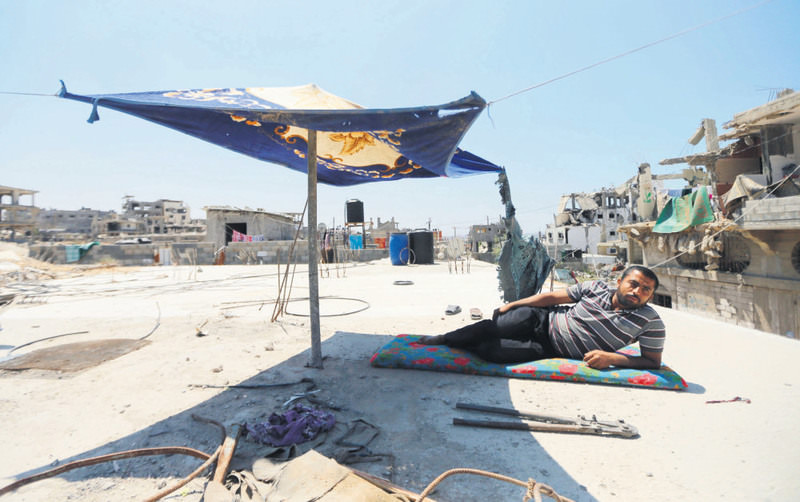 by Anadolu Agency Jun 04, 2015 12:00 am
The Qatari committee tasked with overseeing reconstruction of the war-battered Gaza Strip launched projects worth $32 million on Tuesday.

"We announce today the inauguration of many new projects of the Qatari grant with a $32 million value beside the established and ongoing projects with a $180 million value," Mohamed al-Amadi, chief of the committee, said during a signing ceremony for the projects.

Al-Amadi also said Qatar officially accepted financing a project to establish a gas line from Israel to the power station in Gaza. The project will cost $10 million and will generate 340 megawatts of electricity.

Qatar signed a trilateral agreement with Egypt and the Hamas-led Gaza government in 2013 in which it promised to fund housing and infrastructure projects in Gaza worth some $500 million.

The move came after Egypt sealed the Rafah border crossing, which links the Sinai Peninsula with Gaza, following a coup by the military in 2013 against elected Egyptian President Mohammed Morsi.
RELATED TOPICS