Russia to sell Akkuyu shares in 2016 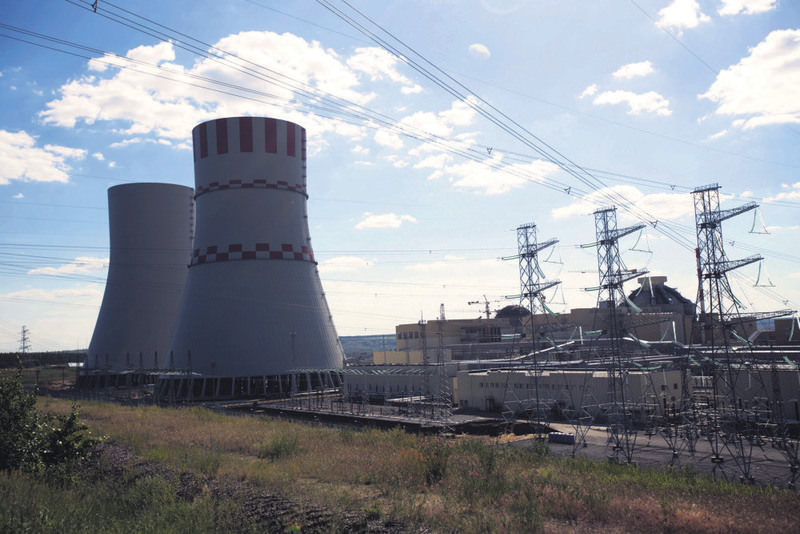 by Kerim Ülker Jun 08, 2015 12:00 am
Having started to make preparations for the Akkuyu Nuclear Power Plant to be built in the Turkish city of Mersin, Russia will wait until 2016 before selling shares in Akkuyu. Fuad Akhundov, the general manager of Akkuyu Nuclear, which is going to be completely built by Russia's state-run corporation Rosatom, said share sales in the project would start next year. "Rosatom will remain as the principal shareholder of Akkuyu, which will be owned 100 percent by Russia. We plan to sell 49 percent of it in 2016. We are planning an organization in which international investors, including Turkish companies, will be invited," said Akhundov. Akkuyu Nuclear Power Plant, which will have 4,800 megawatt of installed capacity, is going to cost nearly $20 billion. Akhundov said the project was going to create $6-8 billion in business volume for Turkish companies and Russia has so far invested $3 billion.

Securer than NovovoronejStating that the equipment cost of the project will be $1.7 billion, Akhundov said: "The Akkuyu Nuclear Plant will operate with the latest technology. This plant will be securer than the Novovoronej Nuclear Plant, which is Russia's most recent project." Akhundov said they acted responsibly on the safety issues in particular. "Novovoronej was built to survive against an earthquake of a 7.0 magnitude. A hit from a 20-ton plane cannot damage that plant. However, we will work more cautiously in Akkuyu taking into consideration the incidents that happened at Fukushima. Turkey is located on a seismic belt. We considered all this. The Akkuyu Nuclear Plant will be resistant to an earthquake of magnitude 9.0," Akhundov said.

'We even calculated an airplane crash'Saying that Rosatom considered terror attacks when it performed risk analysis, Akhundov stressed that "Akkuyu can even stand against a crash of a 400-ton plane, which is heavier than a passenger plane."

'Even Gulf countries give the green light to nuclear'The Akkuyu Nuclear Plant, which is planned to be completed by 2023, will have four units, each of which will have a 1,200 megawatt capacity. Claiming that Turkey is a model for other countries in the region, Akhundov said that "Rosatom is working to participate in many projects in the region. Even countries such as Saudi Arabia and the United Arab Emirates, which are rich in petroleum and natural gas, started works. Rosatom is in Armenia and Bulgaria. It is starting to work in Jordan and Egypt."
Last Update: Jun 08, 2015 1:27 am
RELATED TOPICS