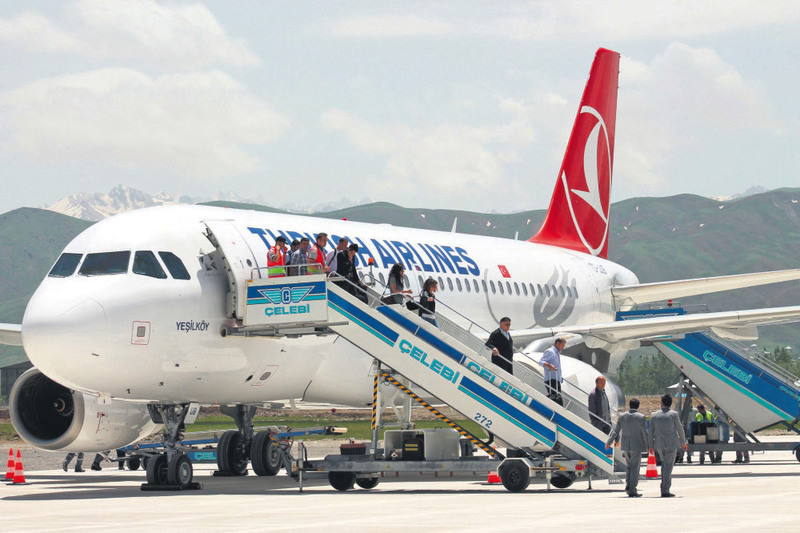 by Daily Sabah with Wires Jun 10, 2015 12:00 am
The International Air Transport Association (IATA) said they are expecting an increase of $13 billion in profit to $29.3 billion this year compared to 2014. The total revenue of the airline sector is estimated to be at around $727 billion, with a profit margin of around 4 percent. Comprised of 260 airlines, including Turkish Airlines and representing 83 percent of global air traffic, IATA increased its net profit estimates for 2015 citing global economic recovery, high occupancy rates, the decrease in crude oil prices and the appreciation of the dollar.

Speaking at the IATA Annual Ordinary General Assembly, IATA Chairman Tony Tyler said all airlines will improve their profitability, but the profits still depend on the economic performance of individual airlines, as some airlines are still facing certain problems. Stating that the sector keeps investing in the future and 1,700 new aircraft will join the global fleet this year, which totals an investment of around $180 billion, Tyler said the aviation industry creates jobs for 2.5 million people, directly pays $150 billion in wages and is involved in economic activity worth around $6 trillion. Additionally, the tax paid by the sector will increase by 3.9 percent to $116 billion.

The IATA also announced the basic data concerning the sector. Accordingly, the barrel price of crude oil will increase by 36 percent to $65, but the cost of jet fuel will decrease and jet oil's price per barrel will be $78. The number of passengers is also expected to increase by 6.7 percent compared to 2014 - when it hit a record high of 3.5 billion. The air cargo sector will grow by 5.5 percent and the total income expected is around $62 billion. IATA's data also highlighted the fact that airlines are improving their performance in terms of being more environmentally friendly. The total fuel consumption of 260 airlines in 2015 will hit 288 billion liters and emissions will total 858 million tons. However, the 1,700 new airplanes purchased in 2015 are all more environmentally friendly than older aircraft.
Last Update: Jun 10, 2015 11:18 pm
RELATED TOPICS