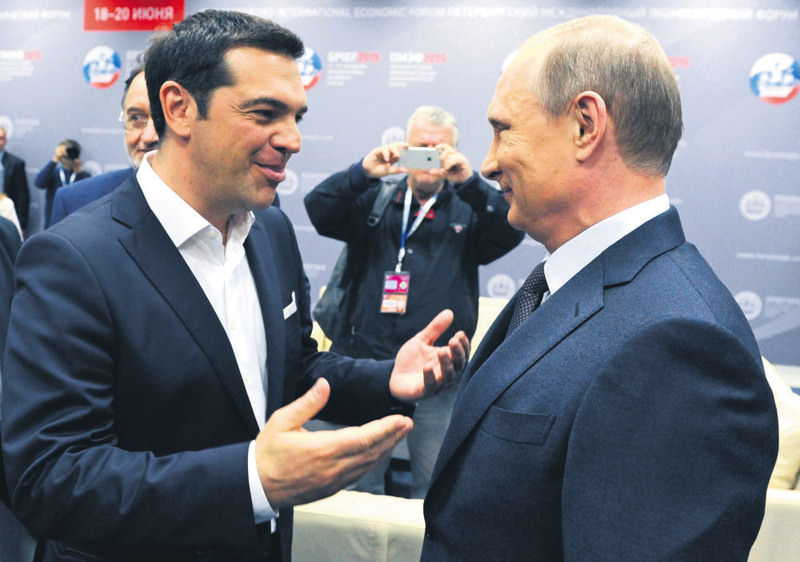 Despite opposition from the EU, Russia and Greece signed a memorandum of understanding to extend the Turkish Stream pipeline project, which will provide Greece millions of dollars in transit payments yearly

Greece and Russia signed an agreement on Friday to extend the planned Turkish Stream pipeline, which will carry Russian natural gas to Europe through Turkey, through Greek territory. According to the agreement the project will be financed by Russia. The signing ceremony was held in the Russian city of St. Petersburg. Speaking at the ceremony, Russian Minister of Energy Alexander Novak said that Russian state-owned energy giant Gazprom, the developer of the project, would not own the Greek part of the pipeline. Novak said ownership would be split in equal parts between Russia and Greece and that financing could come from state development bank Vnesheconombank (VEB) or other Russian banks. The cost of the project had not been assessed yet, he added.

The memorandum of understanding was signed by Greek Prime Minister Alexis Tsipras, with time running out for Athens to reach a reforms-for-aid agreement with its creditors. Greek Minister of Energy Panagiotis Lafazanis said that Greece needed support, not pressure, during its debt crisis and that cooperation with Russia was not aimed against other countries or Europe.

Russia promised Greece hundreds of millions of dollars in transit payments yearly if it agreed to build the pipeline. Construction of the pipeline is expected to start next year and be completed in 2019.

Under Gazprom's plans, the Turkish Stream pipeline will be split into four lines with a total capacity of 63 billion cubic meters a year. Last December, Russia scrapped the South Stream pipeline project that would have transported natural gas to Europe and brought forward the proposed four-line and 63 billion-cubic-meter project that will bypass Ukraine and instead reach the Turkish-Greek border through the Black Sea.

The project faces opposition from the EU. Moscow has stepped up efforts to find alternative gas supply routes to Europe, its biggest market, that avoid Ukraine, since Ukrainian protesters ousted a pro-Russian president last year and Russia annexed Crimea.

There is no deal signed with Ankara yet. Last week, President Recep Tayyip Erdoğan and Russian President Vladimir Putin met in Baku and discussed several issues including energy projects. After the meeting, Energy Minister Taner Yıldız said that the coordinates that were anticipated for the Turkish Stream pipeline project had arrived from Russia and the process would be accelerated by gaining the necessary permission and approvals. According to Gazprom, the deal will be signed between Turkey and Russian at the end of this month.
Last Update: Jun 19, 2015 8:11 pm
RELATED TOPICS