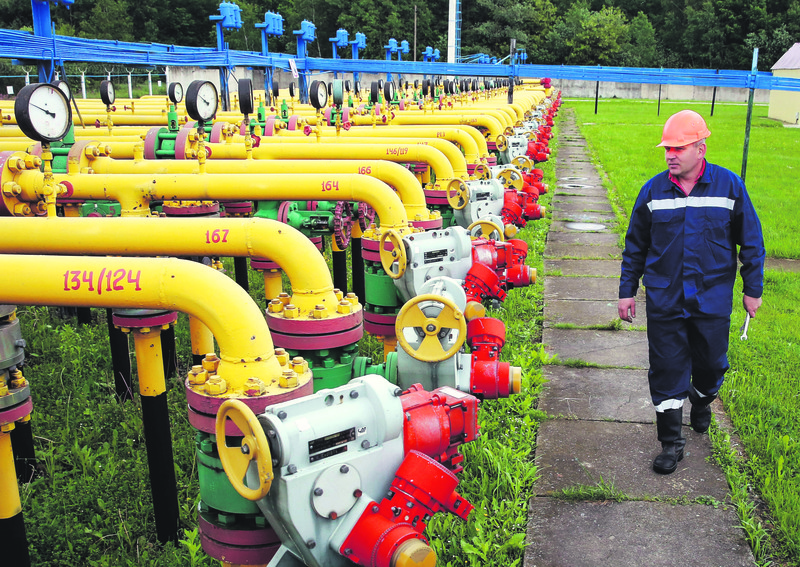 by Daily Sabah Jul 01, 2015 12:00 am
Ukraine's Naftogaz announced that it would no longer buy natural gas from Russian energy company Gazprom. Since the agreement between Naftogaz and Gazprom ended and conditions for the continued supply of Russian gas to Ukraine weren't agreed upon, Naftogaz stopped purchasing gas from Gazprom as of June 30, 2015, according to a statement from the company. Naftogaz also said that there wouldn't be any cut of Russian gas going through Ukrainian territory to Gazprom's European clients including Turkey.

The company emphasized that it is ready to make another gas supply agreement with Gazprom and that if a new agreement is signed with the support of the EU, it will be for the benefit of all parties. Meanwhile, Russian gas company Gazprom halted supplies to neighboring Ukraine yesterday after the collapse of pricing talks, company official said. Gazprom CEO Alexei Miller said that Russia halted the supply at 10 a.m. (0700 GMT, 3 a.m. EDT) because Ukraine didn't make an advance payment for July's delivery. "Gazprom is not going to send gas to Ukraine at any price without the advance payment," Miller said in comments carried by Russian news agencies. Negotiations about natural gas among the EU, Russia and Ukraine started on Tuesday in Austria's capital, Vienna. Russian and Ukrainian energy ministers on Tuesday failed to reach an agreement on future supplies. Russia offered Ukraine a price of $247 per cubic meter, a $40 discount. Ukraine wanted a $100 discount. Russian Energy Minister Alexander Novak insisted that the discount that Ukraine is asking for is "unjustified" and would put the cost of supplying Ukraine below the market rate. But Ukrainian Energy Minister Volodymyr Demchyshyn said Tuesday that a discount that Russia offered wasn't enough and that Ukraine will buy gas from other nations starting July 1 until an agreement is reached with Russia. Gas consumption is low at this time of year, allowing Ukraine to bargain for better terms.

Ukraine has said it has found cheaper supplies from other European nations which resell the gas they get from Russia. Moscow has described these so-called reverse supplies as illegal. Ukraine imported a third of its total gas supplies from Russia in the first six months of the year, the national pipeline operator said Wednesday.

Pricing disputes between Russia and Ukraine in the past have led to gas wars, leaving other European nations without heating in the dead of winter. The last deal that Russia and Ukraine signed a deal in October offered Kiev a discount, but required it to pay in advance for gas shipments.
Last Update: Jul 01, 2015 7:21 pm
RELATED TOPICS