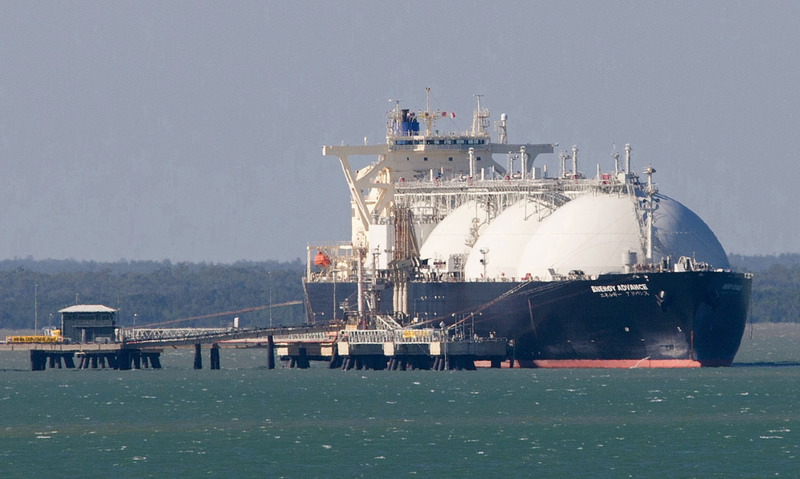 While the Aussie coal boom has already reached maturity, the country is expected to hit the world energy market with an LNG boom. Seven new LNG projects under construction are due for completion by 2018

In recent years, the Australian government has abolished carbon and mining taxes, relieving businesses and households of the associated costs. Furthermore, the country has commenced priority energy market reforms for more competition and consumer choice, and improved business conditions. Thus, since the early 2000s, energy resources exports have provided major benefits to the country. The energy sector accounted for 7 percent of gross domestic product (GDP) and $71.5 billion in export earnings in 2013-2014.

In the last decade, the country experienced the Aussie coal boom, thanks to energy sector reforms and a wealth of resources. Australia is already the fifth largest producer of coal, and by proportion, exporter, and the country is the second largest exporter of coal in the world. While coal provides about 69 percent of Australia's electricity production, on the export side, most of the coal products are exported to east Asian countries. Coal exports are Australia's second-largest source of export income, after iron ore exports. In 2013, 459 million tons of coal were mined and 336 million tons were exported and coal exports brought $50 billion to the country's economy. Furthermore, the Australian Ministry of Energy predicts that Australia's yearly export earnings from energy resources commodities are expected to reach $114 billion within the next five years.

It seems like the Aussie coal boom has already reached maturity. However, this time the country is expected to hit the world energy market with a liquefied natural gas (LNG) boom. Over the past decade, the total amount of LNG investments in Australia are estimated at about $200 billion. With seven new LNG projects under construction and due for completion by 2018, Australia is expected to overtake Qatar as the world's largest supplier of LNG by the end of the 2010s.

Australia's domination of the world LNG market and the country's emergence as a growing energy superpower is also expected to impact the country's foreign policy. According to Anthony Bubalo, research director of Australia's leading international policy think tank, The Lowy Institute, the coal boom that they experienced in the last decade has already had an effect on trade and foreign policy. "In the last decade, coal export from Australia boomed and China became our main trade partner, while the U.S. still remains the main strategic partner. In fact the mining boom is going to continue, but it's going to be changed and different. Eventually, in the next 10 years the countries that we exported to are not going to as heavily import as before," he said. Bubalo believes that like the coal boom, the LNG boom also will have an important effect on foreign policy. "In fact, the LNG boom has clear strategic consequences in terms of our perception in the relationship of the region. This government particularly has placed a lot of emphasis on developing strategic relationships with Japan and South Korea. It does provide little economic and strategic maneuvering areas for Australia," he added.

On the other hand, Rebekah Grindlay, director of resources and energy from the Department of Foreign Affairs and Trade (DFAT), said that because of the time frame,they have not seen any impact of the LNG boom on foreign policy. "What will happen is a big question. It is understandable that Asian countries would seek to diversify supply for their own reasons; everyone would like to see the lowest possible cost." she said.

"Another interesting development in the LNG market is the potential movement to what they call 'spot pricing' in LNG. Moving away from these long-term, 20-year contracts to a more flexible arrangement, in which you are paid for each shipment according to the market price, has the potential to completely change the global LNG market," Grindlay further added.

While the foreign policy consequences of the upcoming LNG boom are yet to be experienced, there are several other factors that may affect the country's energy market. In fact, dramatic falls in oil prices and more oil supplies and even low demand as a result of weak economic activity could have an impact on investment in oil and gas exploration and development in Australia.

Even though there is a risk that these external factors may delay further investment in the country's energy sector, Australia is apparently taking firm steps forward to become the new energy superpower in the world.
Last Update: Jul 02, 2015 8:23 pm
RELATED TOPICS