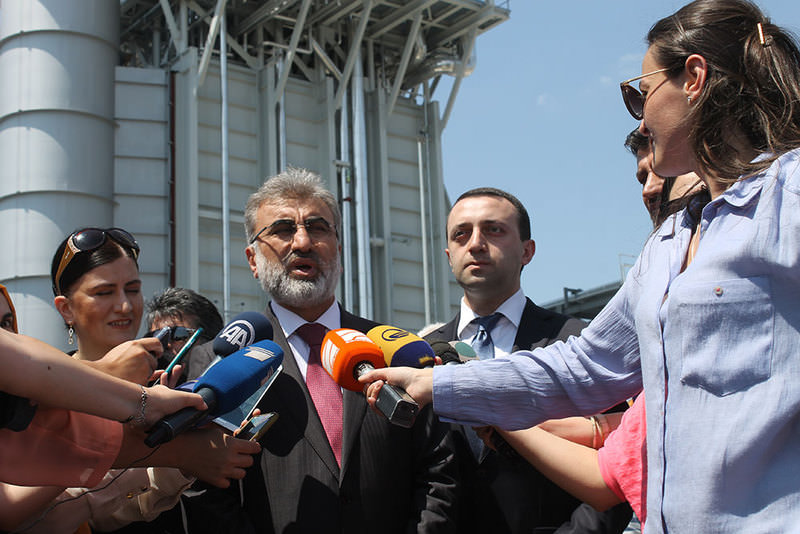 by Daily Sabah with AA Jul 22, 2015 12:00 am
Leading Turkish energy company Çalık Enerji has established a combined natural gas cycle power plant in the Georgian city of Gardabani. Having been completed in less than two years, the 230-megawatt capacity power plant constitutes 8 percent of the country's total installed capacity. The $220 million facility is located 39 kilometers south of Georgia's capital Tbilisi.

A total of 920 staff both from Turkey and Georgia were deployed during the construction phase of the project. The power plant, which is expected to satisfy 15 percent of Georgia's electricity requirement on its own, is one of the most environmentally friendly projects in the world and uses the most advanced technology. Moreover, the Çalık group is continuing its investments in the country in the fields of hydroelectric and wind energy so that in times of energy shortages, the plant will be ready to replenish the system with electricity in a short time.

Speaking at the inauguration ceremony of the power plant held in Gardabani yesterday, Energy and Natural Resources Minister Taner Yıldız described the project as a "true success story" that will constitute the cornerstone of cooperation with Georgia in the future. Such projects consolidate our cooperation and set an example to the whole world, he added. In reference to the fact that Turkey and Georgia are two neighboring countries functioning as energy bridges in the region because of their geographical positions, Yıldız underlined that the energy sector is one of the most important instruments that will facilitate friendly relations between the two countries in the future.

Such major projects make the region a center of attraction, he stressed. Georgian Prime Minister Irakli Garibashvili said the power plant will greatly contribute to the country's energy market and energy independence, describing the project as the greatest energy project that has been actualized in Georgia since the country achieved its independence. "With this project," he added, "a new era has started in Georgia's energy life."