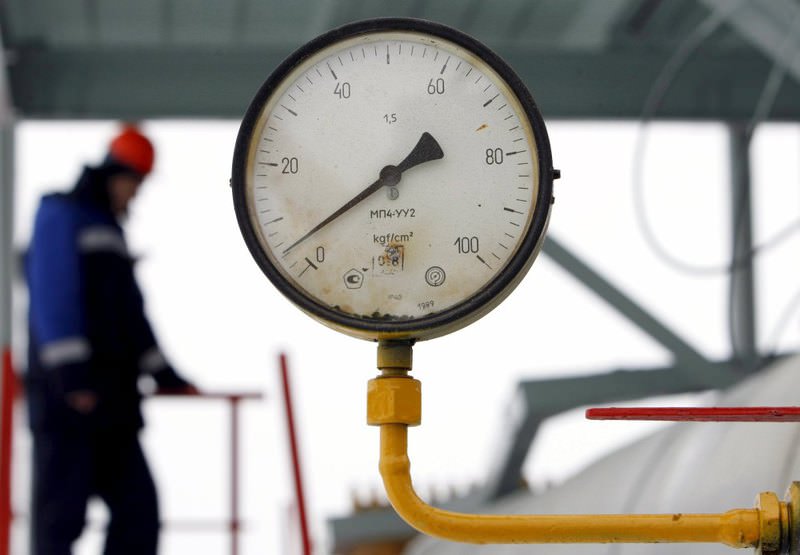 by Jul 24, 2015 12:00 am
Gas giant Gazprom has lodged a case against Turkmenistan's energy firm with an international arbitration court in Stockholm, a source close to the Russian company said on Friday.

The move comes two weeks after Turkmenistan's state energy company accused the Russian heavyweight of being "insolvent" and refusing to pay for gas supplied by the tightly-controlled Central Asian country this year.

A source close to Gazprom told AFP that the company had turned to Stockholm's arbitration court to request that the price of gas in its current contract with state energy company Turkmengaz be adjusted to reflect the current market value. Earlier Friday, the Russian edition of Forbes magazine said that the current price now stood at $240 for 1,000 cubic meters. Ties between Moscow and Ashgabat have been strained since Russia announced in February it was reducing its purchases of Turkmen gas by nearly two-thirds, citing Gazprom's growing production capacity.

Turkmengaz in February accused Gazprom of being an "unstable partner," and claimed earlier this month that the Russian energy giant had not paid for shipped volumes of Turkmen gas since the beginning of the year.

"Russian company Gazprom has become insolvent on its natural gas purchase-and-sale contracts because of the ongoing global economic crisis and the imposition of economic sanctions by Western countries on Russia," Turkmengaz said in a highly unusual statement this month.

Gazprom declined to comment at the time. The former Soviet republic of Turkmenistan is home to the fourth largest known reserves of natural gas but has limited infrastructure to export its energy resources. The Central Asian country currently supplies around half of China's total natural gas consumption through a pipeline built by the China National Petroleum Company that began operation in 2010. Earlier this month Gazprom halted gas supplies to Ukraine after Kiev said it was suspending purchases of Russian energy in the latest pricing dispute between Moscow and its war-torn ex-Soviet neighbor.
Last Update: Jul 24, 2015 9:31 pm
RELATED TOPICS