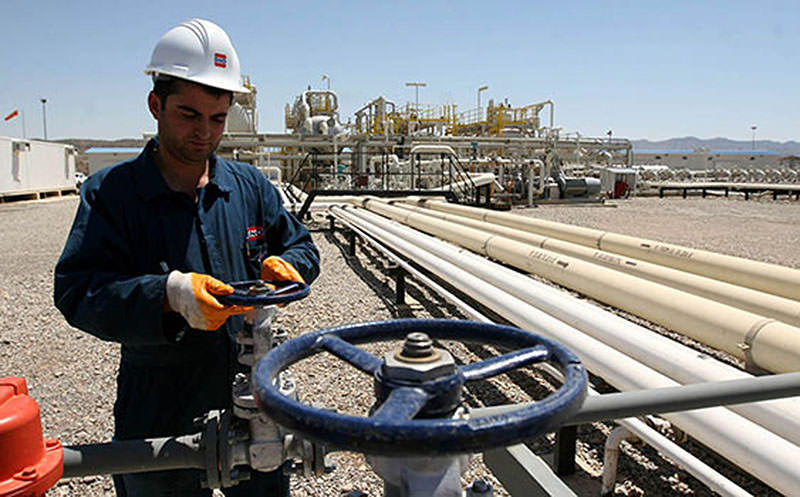 by Anadolu Agency Aug 03, 2015 12:00 am
The PKK attack on the Kirkuk-Ceyhan oil pipeline last Wednesday cost the Kurdish Regional Government (KRG) over $250 million, the KRG Ministry of Natural Resources said in an official statement late Sunday.

"The continuous attacks and theft serve only to damage the economic viability and the security of the Kurdistan region," the statement read, noting the amount is almost equivalent to the entire monthly budget for the salaries of the security forces of the Kurdish region.

"The oil exports via the pipelines are the KRG's principal source of revenue and enable the KRG to pay people's salaries," it added.

According to the Friday's statement of the KRG, the attack on July 29 was conducted by the PKK group which is listed by Turkey, the U.S. and the EU as a terrorist group. The attack made on the pipeline was in the Şırnak province of southeastern Turkey, near the border with Iraq.

The pipeline which runs from northern Iraq to Turkey's southern port of Ceyhan where it is shipped to international oil markets, is critical for northern Iraqi oil exports.

Although the pipeline has a capacity of 1.6 million barrels per day (bpd), it ships around 400,000 bpd, but actual flows are around 300,000 bpd due to attacks on the pipeline.

"Since July 27, there have been repeated attempted thefts and sabotage attacks on the pipelines that carry crude oil from the Kurdistan Region to Ceyhan in Turkey. This has led to an almost complete stoppage in the flow of crude oil to Ceyhan," the statement said.

"Turkey stands to suffer relatively minor economic damage through the loss of transit fees from the pipeline to Ceyhan. Therefore, some 99 percent of the burden of these attacks is borne alone by the Kurdistan region of Iraq and its people," it added.

The KRG's Ministry of Natural Resources condemned the PKK's attacks in the statement, and said that people in the Kurdish region will hold the thieves, saboteurs and those supporting them accountable.
Last Update: Aug 04, 2015 2:14 am
RELATED TOPICS