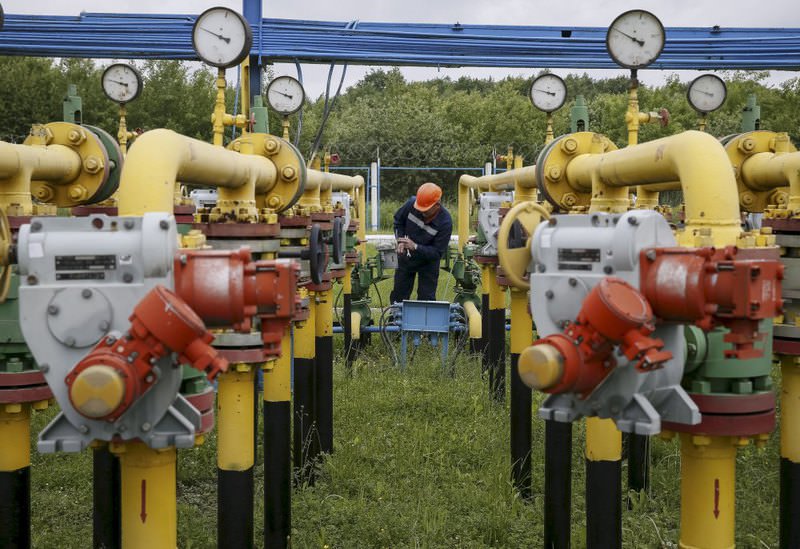 Turkey could save $1 billion if Russia signs the natural gas deal, but Energy Minister Yıldız said talks have not been consistent. Yıldız assured Russia about the Turkish Stream and claimed construction could begin right away

Energy and Natural Resources Minister Taner Yıldız said Turkey is still waiting for Russia to sign the natural gas discount deal. He also said the 10.25-percent discount on Russia's natural gas supply to Turkey corresponds to an approximately $1 billion gain for Turkey if it is retrospectively applied as of Jan. 1, 2015. This is a figure that can cover some of the costs, he added.

Yıldız answered questions from journalists during a meeting to introduce the "Turkey Energy Report" prepared by the Turkish National Committee of the World Energy Council at the ministry's headquarters.

Touching on the 10.25-percent discount to be applied to Russia's natural gas supply to Turkey and the final state of the construction of the Turkish Stream pipeline project, which is proposed to carry Russian natural gas to Europe via the Turkish-Greek border, Yıldız said negotiations might witness periods where they thrive or stagnate. The minister's statements came after a declaration by his Russian counterpart, Minister of Energy Alexander Novak, last week, announcing the negotiations on the Turkish Stream pipeline project are continuing and that Moscow has agreed to provide a 10.25-percent discount for ongoing sales to Turkey. Novak was hoping to reduce concerns over the Turkish Stream's possible delay, but failed to lower the tension.

The two countries agreed in December that Russia will provide natural gas to Turkey with a discounted price and Turkey will work with Moscow to build the Turkish Stream. Since then, the two sides have pushed the other to sign the deal first.

Yıldız stressed that during the negotiations with Russia, the government reminded Russian officials of the 10.25-percent discount on natural gas, and expressed the expectation that Russia would not further postpone the signing of the agreement, which is a major issue.

Yıldız also said that the last time the agreement was up for signing was during President Recep Tayyip Erdoğan's visit to Baku on June 13. "We gave the necessary permissions regarding feasibility matters of the first phase of the Turkish Stream project and I hope we will have signed it in the upcoming period," Yıldız said, emphasizing that it would be for the benefit of both Turkey and Russia.

Emphasizing that it was Russia that demanded the Turkish Stream project, Yıldız said Turkey reiterated its demand for 15.75 billion cubic meters of natural gas. "There is no problem with the pipeline and it can be constructed at any time. Turkey is OK with Russia's projects with other countries," Yıldız said, adding that he expects the same treatment from Russia as Turkey shows to the Russians.
Last Update: Aug 04, 2015 2:09 am
RELATED TOPICS