Energy minister: Russia is the reason for Turkish Stream delay 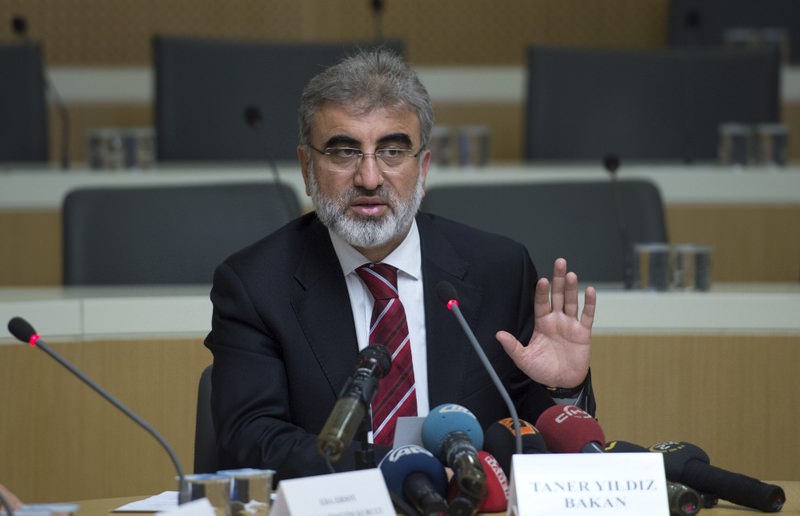 Russia sent the Turkish Stream pipeline project's coordinates after the June 7 general elections, which made it impossible for Turkey to approve. The natural gas discount deal has also been cited as a reason for the delay

Energy and Natural Resources Minister Taner Yıldız said yesterday the delay in the Turkish Stream project, which will carry Russian natural gas to Europe with Turkey as a transportation hub, was because Russia sent the coordinates of the proposed route later than expected. As political parties are yet to form a coalition government in the two months since the June 7 general election, the project will have to wait for approval. The mentioned route covers the first phase of four lines, and the energy minister told Anadolu Agency (AA) in an exclusive interview: "The delivery date for the route coordinates had been extended until June 10. Turkey could not begin any construction without these coordinates."

"The inter-governmental agreement for the project should be ratified in Parliament and Turkey must first form a new government with either a coalition or a snap election," Yıldız added, since talks for a coalition government are ongoing.

Russian President Vladimir Putin scrapped the South Stream project, which was planned to carry Russian gas to Europe via Bulgaria, last December and announced Turkish Stream, planned to deliver Russian natural gas to Europe through the Black Sea and Turkey by four pipelines with a capacity of 63 billion cubic meters.

"Turkey has also agreed to a 10.25 percent discount on Russian gas purchases and a $1 billion retroactive payment is due on this agreement, which was dated Jan. 1," Yıldız said. As a resource-poor country, Turkey is the second-largest consumer of Russian natural gas. Yıldız added that Turkey demands that Russian gas prices should not be higher than what European Union countries pay and the price difference is closing up.

The minister explained that the discount and the construction of the pipeline are separate issues, but being handled simultaneously at Russia's demand. Both agreements are yet to be signed.

Turkey will build the 265-kilometer-long part of the pipeline that extends through its borders, while the part beneath the Black Sea will be constructed by Russia, Yıldız said. Russia and Turkey have been engaged in disputes on several political issues, including the "1915 events" regarding Armenian citizens in the Ottoman Empire and the crisis in Syria, but Yıldız said "joint projects are isolated from politics" between the two countries.

Underscoring that the EU and the U.S. are not leaning towards the Turkish Stream project, Yıldız said there could be suggestions and comments but Turkey is not open to coercion. Yıldız stressed that Turkey makes decisions using its own freewill and by considering the benefits to the country.

Mentioning his talk with Maros Sefcovic, vice president of the European Commission, in charge of Energy Union, Yıldız said: "As an EU member, if you demand natural gas on the one hand and refuse the project on the other, it would create a contradiction, which Europe needs to overcome." Yıldız highlighted that the demand for natural gas continues to grow in Europe.

Turkey will be the supporter of the first line of Turkish Stream and the other three lines will be constructed depending on the EU members' demands.
RELATED TOPICS