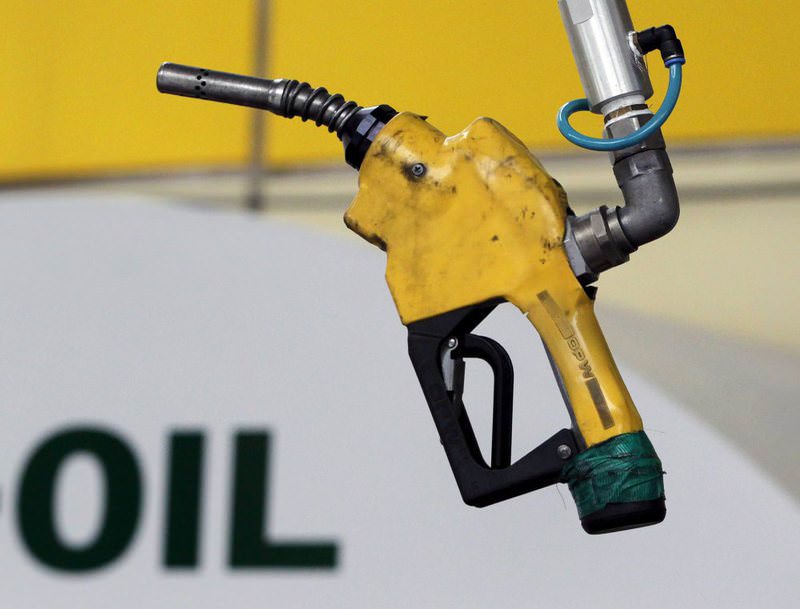 China wants to use their domestic currency, the yuan, in energy export transactions, as they are set to become an energy hub with Russian, Turkmen and Iranian oil and natural gas to converge in China

Oil and natural gas exports from Russia, Turkmenistan and Iran will converge in China, the country that wants to index its own currency, the yuan, to oil and gas prices to become a hub in Asia. China will come out on top leading the growing Asian energy market following the completion of projects in Central Asia, Russia and Turkmenistan, an expert said yesterday. With the removal of sanctions on Iran, the Russian gas export deal to China along with Central Asian and Turkmen projects, all oil and natural gas export routes will head to China, Volkan Özdemir, head of the Institute for Energy Markets and Policies (EPPEN), told Anadolu Agency. "This will make China the winner in the energy equation in Asia after 2020," Özdemir said.

Noting that China depends heavily on coal for its energy consumption, the expert stated that the country wants to diversify its energy portfolio by increasing the use of natural gas and renewables in its energy mix.

China's energy consumption in 2013 was 66 percent based on coal, 20 percent on oil, 8 percent on hydro-electric sources, and 5 percent on natural gas, while nuclear and other renewables had 1 percent each, according to the U.S. Energy Information Administration (EIA). Additionally, the country, which is the second-biggest economy in the world, consumes around half of all coal produced globally.

Özdemir explained that there is a basic rule in energy economics, "It is not supply that creates demand, but demand that attracts supply. If there is an economic growth in a country or region, energy sources are needed to sustain and continue that growth. Thus, economic growth and development draws energy resources towards itself."

Özdemir said that the EU's share in Iran's total oil exports had not exceeded 20 percent, and said "Contrary to popular belief, Iran has not been very sensitive about losing its share in the European energy market."

"This is not a political preference, but an economic choice. Both price and demand for natural gas are lower in Europe compared to Asia. In addition, while gas demand in Europe is in decline for the last five years, it is increasing in Asia, particularly in China," he explained.

However, the expert warned that it would take time for Iran to increase its oil and natural gas exports. "It's not easy to divert foreign investments and technology rapidly to those sectors. Iran has to trim its inefficient domestic gas consumption as well," he said.

Özdemir said it would take three to four years for Iran to increase its oil output by more than 2 million barrels per day. The expert also projects Iran needs to wait six to seven years to export 20-30 billion cubic meters (bcm) of gas to China.

Iran holds the largest natural gas reserves in the world but cannot export at a desired level due to underinvestment. Most Iranian gas exports are delivered to Turkey at around 10 bcm annually.

'Russia to lose in long-run from Iranian nuclear deal'

Özdemir said that Russia will become the biggest loser in the long-run after the removal of sanctions on Iran that will lead to an increase in Tehran's oil and gas production and exports. "Iran will become one of the biggest competitors of Russia in energy exports, so will Turkmenistan when it completes its energy projects after 2020," he explained.

While the infrastructure to carry 60 billion cubic meters of Turkmen gas to China will reach its full capacity in 2017, Russia's Power of Siberia project to carry 38 bcm to China will become fully operational by 2021.

The expert also said that China is trying to index oil and gas prices to its national currency, yuan, instead of using the U.S. dollar like the rest of the world. Beijing has already started to prioritize the use of yuan in its international trade. "Oil will be bought and sold by using the yuan, and natural gas will follow that trend after five years," Özdemir said.

"It is possible to see yuan-indexed oil and gas trading hubs in China after 2020, just like we have in the U.S. with Henry Hub and the U.K.'s National Balancing Point (NBP) or in continental Europe. Right now, China is preparing the infrastructure for that. That's why Iranian gas imports to China are so important. We can see a new Asian gas hub under Chinese leadership in the near future," he explained.

Henry Hub and NBP price indexations are used as pricing points for natural gas in the U.S. and the U.K., respectively, where the price of natural gas is determined by supply and demand balance in the markets.

"For the first time, China has begun using the yuan in its gas trade agreement with Russia. Iran and Turkmenistan may also follow Russia in this respect," Özdemir added.

"Moreover, the Chinese firm CNPC [China National Petroleum Corporation] is providing credit and advance payments to countries that are under financial burden in energy projects. By using its strong financial power, China guarantees its energy security," he explained.

In early April this year, it was reported in the media that Chinese state-owned energy giant CNPC would finance, with Chinese loans, 85 percent of the construction costs of the Iran-Pakistan gas pipeline's Pakistani leg.

If the project is completed, Pakistan will not only meet its dire energy needs by solving its gas and electricity shortages, but will become a gateway for Iran to reach Asian markets, heading first to China's Xinjiang region.
RELATED TOPICS