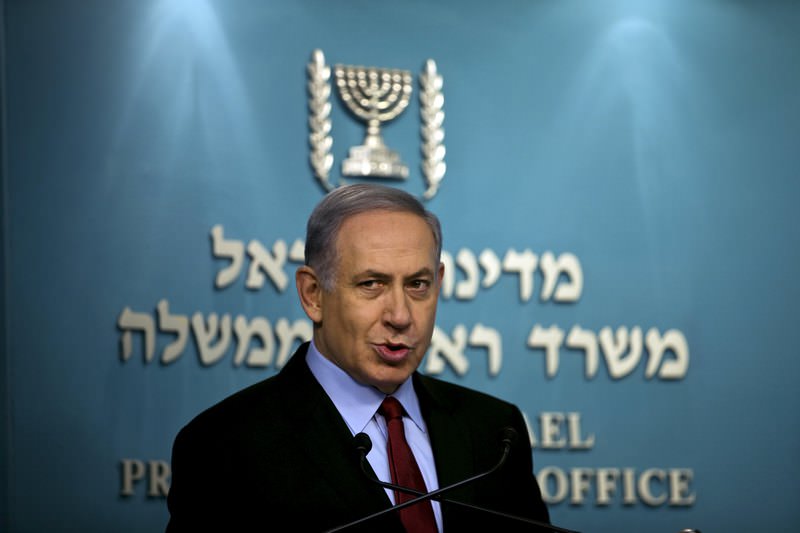 Israel's natural gas could go to Europe through Turkey since building pipelines under the Mediterranean is costly and difficult. The Leviathan gas field is believed to have a reserve of more than 620 billion cubic meters

This Sunday the Israeli Knesset is expected to discuss and pass an agreement with a U.S.-Israeli consortium on the development of the Leviathan gas fields and two other offshore wells. The agreement announced by Israeli Prime Minister Benjamin Netanyahu on Thursday includes a reduction in the price of natural gas for Israeli customers. But while the Israeli public is very interested in the deal, its impact might reach far beyond just Israel and may even lead to the building of a pipeline from the Leviathan fields to Turkey.

In fact U.S. Noble and Israeli Delek companies are already producing gas from the Israeli fields, but their previous agreements with Israel have been criticized by antitrust authorities. In May, Antitrust Authority Commissioner David Gilo said he was resigning over his opposition to the dominant position Noble and Delek have in the Leviathan and Tamar fields.

The Leviathan gas field, located in the eastern Mediterranean off the coast of Israel, was discovered in December 2010. The discovery is situated in 1,645 meters of water in the Levantine Basin, located approximately 130 kilometers west of Haifa, Israel. The Leviathan field has estimated reserves of 622 billion cubic meters.

Political and regulatory uncertainties and criticism of existing agreements had unnerved foreign investors, and energy sector sources believe that these factors have already caused a one-year delay for the project, which was slated to begin production in the first quarter of 2019 and expected to supply billions of dollars of gas to Egypt and Jordan in addition to supplying Israel. The Leviathan consortium announced earlier that developing the natural gas fields will cost an estimated $4.5 billion, not including infrastructure for exports. However, last year's significant drop in energy commodity prices and an over-supply in oil are pushing the Leviathan consortium to realize the most efficient projects in the nearest future.

In November 2014 Israel proposed that EU countries invest in the under-sea pipeline from Israel to Cyprus then to Crete and mainland Greece where the gas would then be shipped overland to other European countries. At first glance, this project looks like a great opportunity for Europe to reduce its current dependence on natural gas from Russia. However, a different picture emerges when the project is carefully examined. It is estimated that the project will cost more than $10 billion. Furthermore, unlike the undersea pipelines that run from Russia to Germany under the shallow waters of the Baltic Sea, this project has to cross the deep Mediterranean, which can sometimes reach 2,000 meters. Therefore, commercial and technical realities have raised doubt over the project.

However, there is another cheaper and more feasible option to export Israeli gas to Europe. The distance of the project from Israel to Turkey is about 500 kilometers, which is less than half the distance of the other option, and it is estimated that this project may cost only $2 billion. After reaching Turkey, Israeli gas could connect with the Trans-Anatolian Natural Gas Pipeline (TANAP), which is still under construction, and by this means, up to 10 billion cubic meters of Israeli gas could be sold to Europe annually.

Israeli-Turkish relations are currently at a political low and this factor is considered the biggest obstacle to the realization of the project. However, both sides have been continuing talks to restore relations for almost two years and it seems like there is a mutual desire between Turkey and Israel to restore diplomatic ties after Turkey forms a government after possible early elections. Moreover, the current stage and the positive atmosphere of the ongoing Cyprus peace talks also raise hopes of stability in the eastern Mediterranean.

Nevertheless, energy sector sources say that shareholders of the Leviathan consortiums are not considering the Israeli-Turkish deal and Cyprus resolution as a precondition to invest in infrastructure and they want to start the project with a "sui generis" contract.
RELATED TOPICS