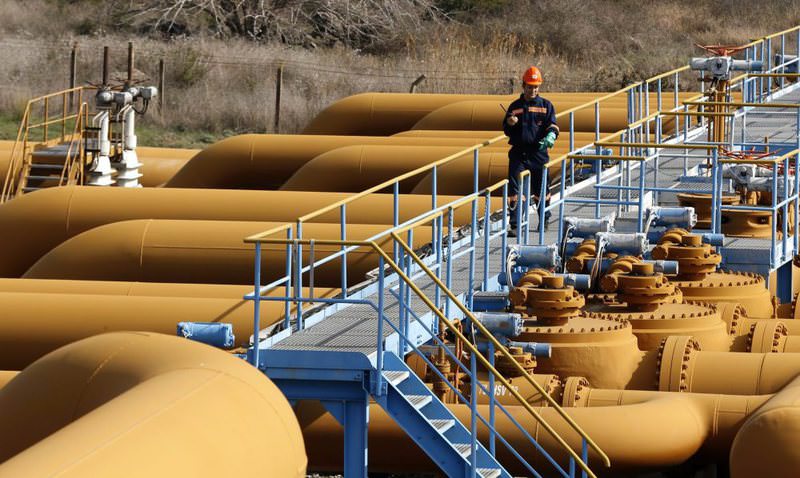 The lira's devaluation helps exports but increases Turkey's energy expenditure, Energy Minister Yıldız said, emphasizing the importance of political stability to rectify currency issues on one side and fight terrorism on the other

Energy and Natural Resources Minister Taner Yıldız said the ministry is not happy with the surge in exchange rates, adding the fact that it brings advantages to exporters alone does not mean that it resolves all of Turkey's problems. "Although the main items with high cost in terms of foreign currency create difficulty for Turkey, we are not inclined to let our industrialists and people reflect this disparity," Yıldız said. In reference to the lira-dollar parity that has soared to 2.93 from around 2.30 at the beginning of the year, Yıldız said the burden caused by this surge is around TL 11 billion ($3.749 billion) on natural gas prices alone. That is why it is necessary to underline that political stability is more important than ever for the energy sector, he stressed.

During a speech he delivered at the Diplomatic Correspondents Association yesterday, Yıldız highlighted that regional developments and the impact of post-election political developments on the energy sector should be thoroughly evaluated. Referring to the fact that the one-party government was replaced by an interim government while attempts to form a coalition government were underway after the June 7 general elections, Yıldız said developments that have taken place over the past two months have affected the energy sector. He also emphasized that the advantages that stem from the fall in crude oil prices in the world have been neutralized with the rise of the Turkish lira-dollar parity. Yıldız said the public should balance the price gap that arose from the fact that main energy items are purchased in foreign currency but sold in Turkish lira.

Commenting on the recent terrorist attacks as well, Yıldız said the events in eastern and southeastern Turkey greatly hamper the services Kurds living in the region receive. The PKK has bombed pipelines 22 times over the past seven years, causing a loss of more than $500 million, he added.

"We give electricity and oil to [the Kurdistan Regional Government in northern Iraq] should the need arise. However, they also put it plainly that the acts that the PKK conducts there on behalf of Kurdish nationalism harm our Kurdish brothers," the minister said.

Yıldız further stressed that the provinces of Varto and Lica have remained without electricity, as the PKK burned electricity distribution companies in the region. "We are not the ones who have given rise to this. We are continuing to invest in the region," he added.

In response to a question of what has been the cost of terrorism for Turkey, Yıldız said the recent sabotages alone have cost around TL 30 million for investments. Moreover, regarding the impact that the rise of the dollar might have on electricity and natural gas prices in the upcoming months, Yıldız said costs have increased. "In an environment where foreign currencies are free and Turkey is growing due to the influx of international capital, any rise in foreign currency will be reflected on the costs borne by customers," the minister said.

Underlining that the rise of Turkish lira-based costs means that Turkey should further incline toward domestic resources, Yıldız said the amount of water that is to be given to Syria and Iraq has not dropped. Furthermore, one of the government's main strategies is to use the energy obtained from these sources to balance such kind of cost increases. Yıldız also refuted the speculation that a secret hike in electricity prices will be launched by imposing additional taxes.
Last Update: Aug 20, 2015 3:14 am
RELATED TOPICS