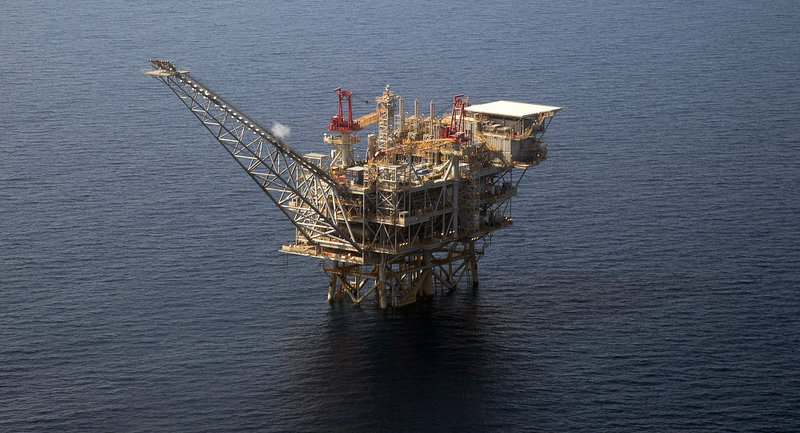 With regard to a possible 20-year deal between Turkey and Israel concerning Mediterranean gas, the Leviathan gas field would meet 22 percent of Turkey's gas demand for 8 billion to 10 billion cubic meters a year if an agreement is signed, according to Turcas Petrol CEO Batu Aksoy. As one of the Turkish companies that are candidates to export reserves in the Leviathan offshore gas field to Turkey, Aksoy spoke exclusively to Daily Sabah regarding the possibility of a long-term gas agreement between Turkey and Israel. Amid recent reports about senior Turkish and Israeli officials meeting to mend relations between the two countries, energy cooperation is seen as important to both countries to rebuild the disrupted relations.

"Despite disagreements, Turkey, Cyprus and Israel have the opportunity to reach a 'sui generis' agreement regarding building pipelines that will purely and simply go through their own exclusive economic zones without waiting to reach an agreement. It would be very accurate if we say that Turkey and Israel are two countries with 600 years of past relations acting with this logic in the last five years," Aksoy said. Pointing to the positive climate in the negotiation process on Cyprus, Aksoy said the island has an important opportunity to pave the way for this energy project that will provide economic value for the whole island. "The constructive statements of the two parties on Cyprus are increasing our hopes for a possible peace deal on the island," Aksoy added.

Coming to the details of bringing Israeli gas to international markets through Turkey, Aksoy said Turkey is the biggest natural gas market in southeast Europe and the Middle East with demand for approximately 50 billion cubic meters of natural gas. "The flow of Eastern Mediterranean natural gas resources to Turkey is normal considering the nature of economy and trade," he said. Aksoy underlined that there is a total of 1.1 trillion proven natural gas reserves in the region and that the Leviathan field with its 540 billion cubic meters of gas reserves is the biggest reserve discovered in the last decade.

"We shouldn't forget that in the upcoming years with new discoveries expected in the region [Israel, Cyprus and Lebanon], these reserves are predicted to increase. If they give Turkey 8 billion to 10 billion cubic meters of gas a year with a 20-year contract, it would total 140 billion to 200 billion cubic meters of gas. This amount would be beneficial for Turkey as it corresponds to 22 percent of the total natural gas imports of Turkey as of today," Aksoy said.

Regarding Turkey's current energy suppliers, Aksoy mentioned the importance of energy diversification and security. "In this frame, the inclusion of Eastern Mediterranean gas in our country's market as a new source of supply and the diversification of resources coming from Russia, Azerbaijan and Iran are very essential in terms of Turkey's energy supply security. This situation will allow us to strengthen political stability as well, contrary to what we see in the example of Ukraine, as it only depends on one energy source," Aksoy said. In case of a gas deal between Israel and Turkey, Aksoy said the agreement would create a win-win situation. "To sum up, we think that the Eastern Mediterranean in the long run will be the biggest contributor to Turkey's vision of being an energy hub in the region. Therefore, this project would be a win-win opportunity both for Turkey and for energy rich countries," he said.
RELATED TOPICS