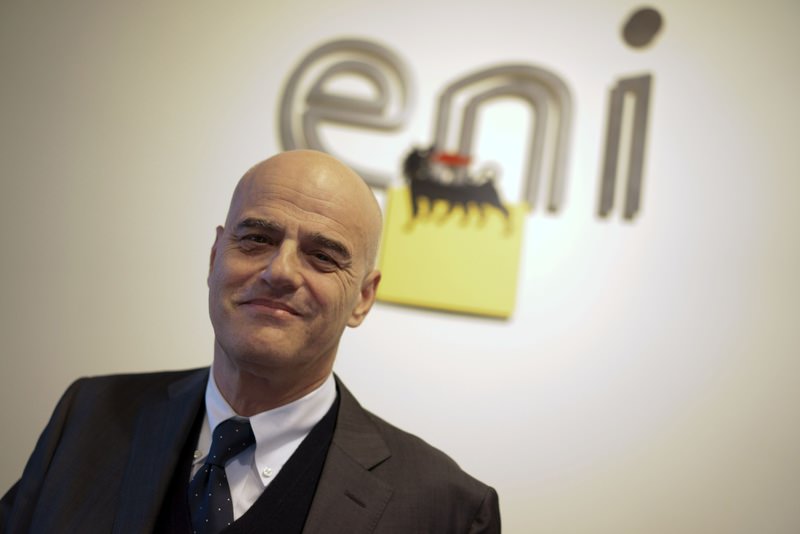 by Sep 01, 2015 12:00 am
Italian energy group Eni said on Sunday it had discovered the largest known gas field in the Mediterranean off the Egyptian coast, predicting the find could help meet Egypt's gas needs for decades to come.

The Italian major said in a statement the offshore "Zohr" field could hold 30 trillion cubic feet of gas, covering an area of about 100 square kilometres (39 square miles). "Zohr is the largest gas discovery ever made in Egypt and in the Mediterranean Sea and could become one of the world's largest natural-gas finds," it said, adding that it had full concession rights to the area.

The find follows other significant gas discoveries in the Mediterranean in recent years, including off neighbouring Israel. This is expected to have a major impact on the region's economy and potentially offer Europe new supply options, allowing it to lessen its dependence on Russian gas imports. It also represents a major boost for Egypt, where power cuts caused by gas and oil shortages have often fuelled unrest.

Eni said the discovery was located at a depth of 1,450 metres (4,757 ft), adding that it planned to fast track development of the site, using existing infrastructure. It said yet more gas might be uncovered in future drilling. Eni, 30 percent controlled by the Italian state, is the biggest foreign oil and gas producer in Africa, where it has significant operations in war-riven Libya. In 2011 it made huge finds in offshore Mozambique, with an estimated 85 trillion cubic feet of gas in place.

It has operated for more than 60 years in Egypt and is one of the main energy producers in the country, with a daily output of 200,000 barrels of oil equivalent. In June, it signed an energy exploration deal with Egypt worth $2 billion, allowing Eni to explore in Sinai, the Gulf of Suez, the Mediterranean and areas in the Nile Delta. In July, Egypt raised the prices it pays Eni for the natural gas it produces.

"This historic discovery will be able to transform the energy scenario of Egypt," said Eni CEO Claudio Descalzi, who met Egyptian President Abdel Fattah al-Sisi on Saturday to discuss the find. Egypt, which once exported gas to Israel and elsewhere, has become a net energy importer over the last few years.