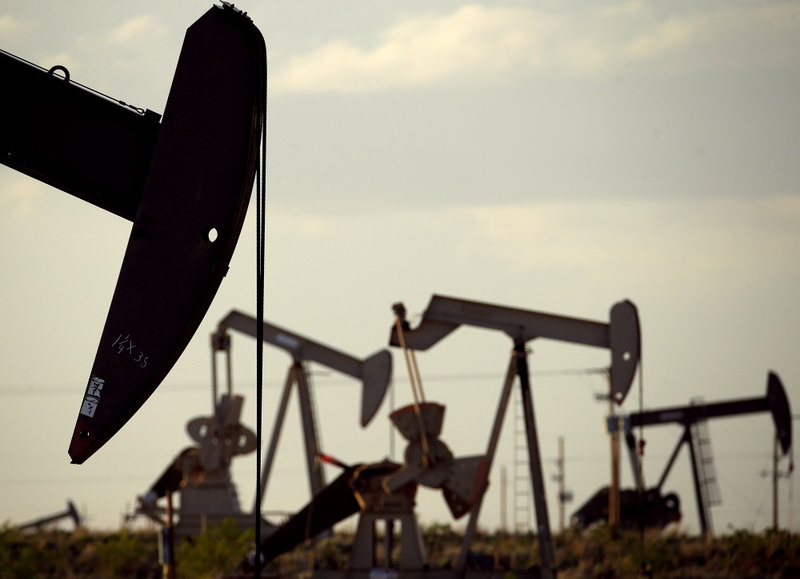 by Sep 12, 2015 12:00 am
Crude futures fell about 3 percent on Friday after Wall Street's most influential voice in oil trading, Goldman Sachs, slashed its price outlook through next year, citing oversupply and concerns over China's economy.

Joining Germany's Commerzbank and a long list of other banks in cutting price projections, Goldman lowered its 2016 forecast for U.S. crude to $45 a barrel from $57 previously, and Brent to $49.50 down $62. "The oil market is even more oversupplied than we had expected and we forecast this surplus to persist in 2016," Goldman said in a note entitled "Lower for even longer".

Citing "operational stress" as a growing downside risk to its forecast, Goldman said crude could fall further to near $20 a barrel. "While not our base case, the potential for oil prices to fall to such levels ... is becoming greater as storage continues to fill."

Crude prices have more than halved over the past year, with Brent tumbling from nearly $120 a barrel in the middle of 2014 to almost $42 last month. The price collapse came after oversupply filled oil storage tanks around the world, pushing commercial and government inventories to all-time highs.

Analysts say the market is rebalancing, but high stocks will continue to weigh on prices into next year. Germany's Commerzbank also lowered its price forecasts on Friday, saying Brent was likely to trade at $55 by the end of this year before rising to $65 by end-2016. "It will take time to get rid of the oversupply," Commerzbank senior oil analyst Carsten Fritsch told Reuters Global Oil Forum.

Investors largely ignored a relatively bullish report from the Paris-based International Energy Agency, which advises the world's biggest economies on energy policy. The IEA said a move by the world's big oil exporters in OPEC, led by Saudi Arabia, to defend their market share by not reducing production appeared to be working.