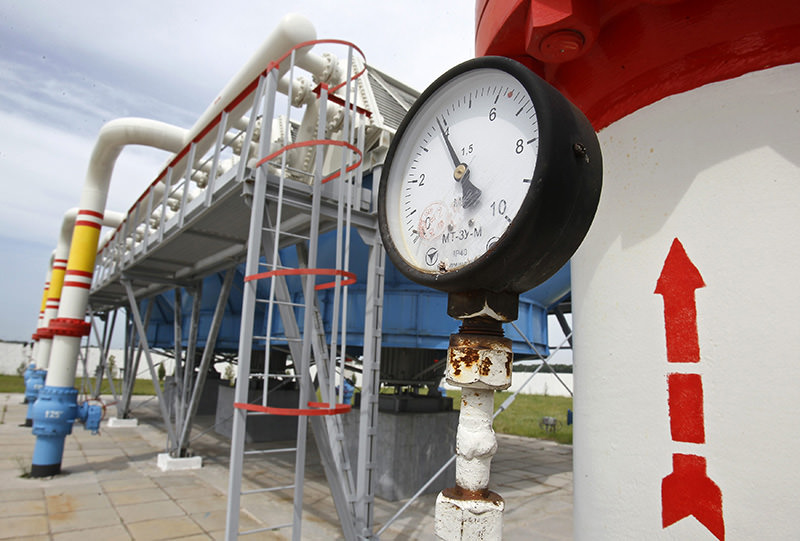 by Daily Sabah with Reuters
Oct 06, 2015 12:00 am
The Russian natural gas producer Gazprom's CEO Alexei Miller announced that they have reduced the designed capacity of the Turkish Stream project, which aims to transport Russian natural gas to Europe through Turkey, by half. Originally, the capacity of the natural gas pipeline project was designated to be 63 billion cubic meters per year, but the capacity has now been decreased to almost half the original amount to 32 billion cubic meters per year. Miller further announced that they are expecting to sign the deal for selling natural gas to China through a route called the Western Line of Gazprom, next spring.

When asked whether the reduction in the annual capacity of the Turkish Stream project would create any kind of problems in terms of natural gas supply, Turkish experts said that demand in Turkey would be met even if the total capacity had been halved. An export said that they were aware of Gazprom's decision, as Gazprom authorities had mentioned it in meetings held in Istanbul. The expert added that Turkey will continue purchasing 15 billion cubic meters of natural gas and the remainder will be transferred to the Balkans.

The Turkish Stream pipeline project was announced in December 2014, but according to Russian gas giant Gazprom's statement on Sept. 14, it was delayed due to differences of opinion between Russia and Turkey on advancing the project. Experts had suggested they were only short-term problems that would be resolved quickly. Moreover, according to Erdal Tanas Karagöl, the director of economics at the Ankara-based Foundation for Political, Economic and Social Research, considering Russia's reluctance to sell gas to Europe through Ukraine, Turkey is the most important route for Russian gas. The project aims to carry Russian natural gas to Europe via the Turkish-Greek border.

After President Recep Tayyip Erdoğan had met with his Russian counterpart Vladimir Putin on Sept. 25, he said Turkey wanted all four pipelines of the project to be constructed, while Russia prefers to only initially build the first pipeline. During the Organisation for Economic Co-operation and Development (OECD) Energy Ministers Summit, the two countries energy ministers were expected to discuss such disagreements on the project in Istanbul. Turkey has been in favor of beginning work on the first line, which has a capacity of 15.75-billion-cubic-meters, but the project has not begun due to Turkey and Russia failing to reach an agreement.

According to the mutual agreement signed between Gazprom and the state-owned Petroleum Pipeline Corporation (BOTAŞ), the price of natural gas purchased by Turkey must be updated every three years. Thus, since January, Turkey has demanded a 10.25 percent discount and a retroactive $1 billion payment from the Russian side. However, the Russian side considers the signature to start the first phase of the project as a precondition for the price discount.
Last Update: Oct 06, 2015 4:32 pm