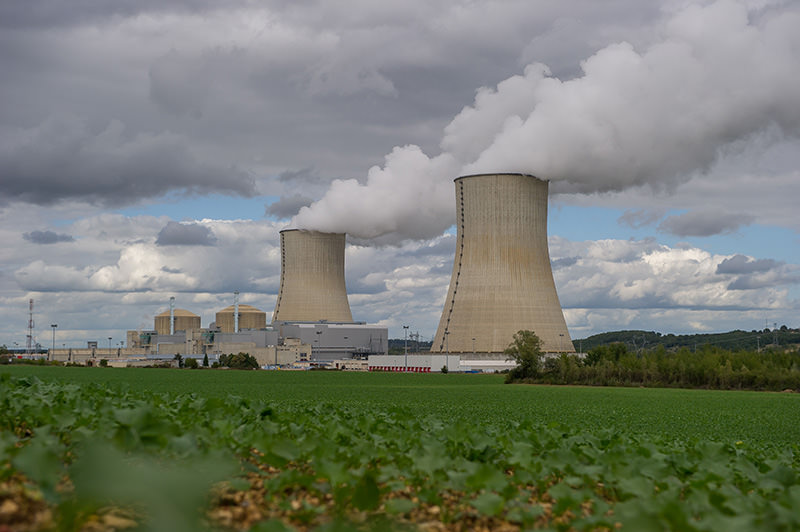 by Daily Sabah Oct 14, 2015 12:00 am
Interim Energy and Natural Resources Minister Ali Rıza Alaboyun said the İğneada district in northwestern Kırklareli province is to be the location of the country's third nuclear plant project.

In a meeting with state-run Anadolu Agency editors yesterday, Alaboyun stated that Chinese firms and U.S.-based Westinghouse are the potential bidders for the project, while Japanese firms also show interest in the third nuclear plant.

The İğneada district is located some 10 kilometers south of Turkey's border with Bulgaria and famous for its natural beauty and beach, which is likely to raise questions as to its environmental impact. It is also located in Turkey's industrial powerhouse Thrace region and roughly 100 kilometers northwest of Istanbul's western suburbs.

During the meeting, Alaboyun also underlined the precautions taken to ensure energy supply during the Nov. 1 snap elections. Ten days before the elections, all permission will be lifted, and our staff will carry out coordinated efforts with our security forces, especially in the southeast, Minister Alaboyun said.

Meanwhile, Turkey launched the construction of its first nuclear power plant, a $20 billion project, for greater energy self-sufficiency in April. The nuclear power station in Akkuyu in the southern province of Mersin will consist of four units, each of which will be able to generate 1,200 megawatts of power. The power plant, which is being constructed by Russian state-run atomic energy corporation Rosatom, is expected to produce approximately 35 billion kilowatt-hours of electricity per year after its construction is completed, and its service life is expected to be 60 years. A second plant is due to be built by a French-Japanese consortium in the northern Black Sea city of Sinop.

Turkey has no energy issues with Russia, Minister Alaboyun said on Wednesday. After Russian fighter jets violated Turkish airspace along its border with Syria last week, there were claims in local and international media that Turkey may look for other sources of natural gas supply than Russia, along with other suppliers for its first nuclear plant.

Alaboyun said that recent remarks by President Recep Tayyip Erdoğan were misinterpreted. "President Erdoğan's remarks were a response to questions regarding Syria. His answers about finding sources for natural gas and building the nuclear plant were interpreted as if we had problems with Russia. We have no issues with Moscow about energy. This should be known," Alaboyun said.

"Russian gas imports constitute 60 percent of our total gas consumption. We import 14 billion cubic meters (bcm) from Russia via the Western line and 16 bcm from Blue Stream. More than half of the gas we import is used to produce electricity, while the rest is used for industrial and household use," he explained. Turkey and Russia are currently negotiating a discount for imported gas.

Alaboyun stressed that the gas price discount Turkey is asking for from Russia and negotiations for the construction of the Russian-proposed Turkish Stream gas pipeline project are two different issues, and therefore should be discussed separately.

"We are the second biggest consumer of Russian gas after Germany. Since [Russian gas company] Gazprom sells cheaper gas to Germany, we wanted a price reduction. We have the right to revise gas prices every three years based on our gas contracts," he explained.
"Gas price revisions with Moscow and the Turkish Stream pipeline project are different subjects. They should not be mixed together," he added.

The energy minister also said that Russia has changed its mind frequently about the Turkish Stream gas pipeline project and stressed that "Russia has not maintained a decisive attitude about the project."

"First, Russia wanted to deliver 63 bcm of gas by constructing four pipelines under the Black Sea. Then, Alexei Miller [head of Gazprom] said last week that Russia decided to halve this to 31.50 bcm and to deliver it over two lines," he said.

While 15.75 bcm of Russian gas over one line will be carried to Turkey via the Turkish Stream, Alaboyun said: "We have prioritized the project's Turkish part. However, nothing is clear yet; it depends on Russia. Even the decision period for the Trans Anatolian Pipeline Project (TANAP) with Azerbaijan took around 3 years."
Last Update: Oct 14, 2015 8:09 pm
RELATED TOPICS