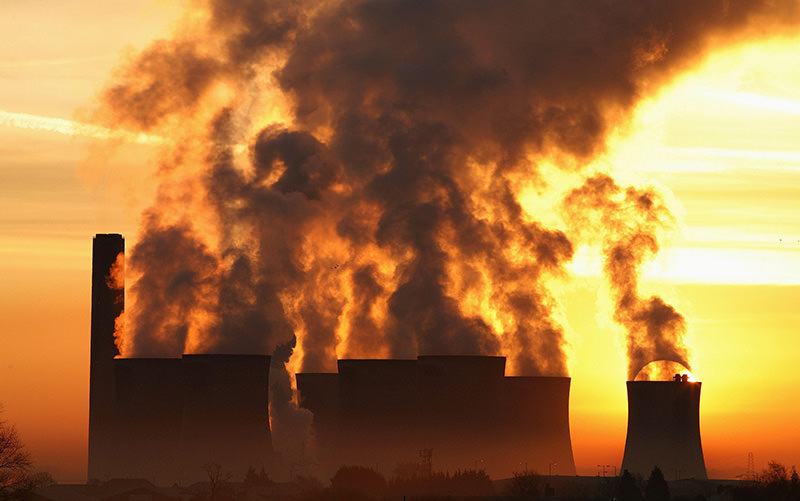 |Reuters Photo
by reuters
Nov 05, 2015 12:00 am
There are now 15 projects in operation worldwide that have captured 28 million tonnes of carbon dioxide emissions from coal and industrial plants this year, a technology that must be scaled-up to tackle climate change, a report released Thursday said.

The Australia-based Institute's members include governments and companies interested in CCS to slow global warming.

With another seven projects due to come online in Europe, the United States and China in the next 18 months, the amount of carbon emissions that can be captured from coal plants using the technology will rise to 40 million tonnes per year.

The International Energy Agency has said that by 2040, 4 billion tonnes of carbon dioxide emissions must be captured to keep global warming at bay. That is 100 times more than the total that is expected to be online within the next 18 months.

The report said CCS technology is needed for countries to be able to meet a collective goal to limit global warming to a maximum of 2 degrees Celsius (3.6 degrees Fahrenheit) above preindustrial levels by the year 2100.

Ahead of a two-week United Nations climate change summit that will take place in Paris from Nov. 30, more than 150 countries have submitted national plans to cut or stem the growth of greenhouse gas emissions, but those plans would not achieve the 2-degree limit.

"CCS has a vital role to play as part of the overall technology mix required to meet the internationally agreed goal of limiting the impact of global warming to 2 degrees," said Brad Page, CEO of the Institute.

Page said global investment in CCS has totaled $20 billion since 2007, and needs more policy and financial support for the technology to reach commercial scale.

"Compare that to investment of around 100 times that amount for renewable power generation technologies over the same timeframe," he said. "A disparity in policy support is the main reason for this."

Page said the technology will be crucial in Asia, where emissions are projected to soar and countries have easy access to fossil fuels.
Last Update: Nov 05, 2015 8:19 am