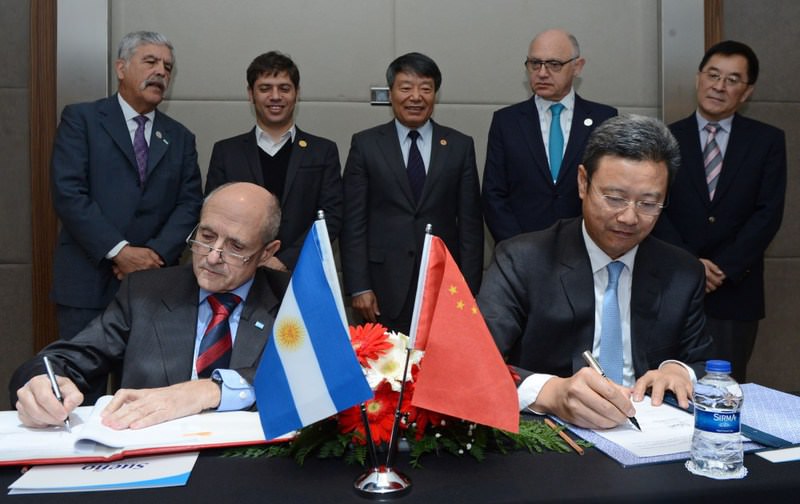 by French Press Agency - AFP
Nov 18, 2015 12:00 am
A Chinese state-owned company will finance and build two nuclear power plants in Argentina, the enterprise said, in a deal estimated to be valued at nearly $15 billion. China National Nuclear Corp (CNNC) will work with Argentina's state-owned company Nucleoelectrica to build the South American nation's fourth and fifth reactors, CNNC said Monday in a statement posted on its website.The agreement was reached over the weekend at the G20 summit in Turkey. The Argentine government estimates the project will require $15 billion in financing, Economy Minister Axel Kicillof said in a statement issued by the country's Ministry of Planning announcing the deal.

China will provide a portion of the financing for the projects through investment and bank loans at preferential rates, according to the official statement. One reactor will use Canadian heavy-water technology, while the other will feature China's locally developed Hualong One reactor, CNNC said.

Chinese state-owned energy companies have been attempting to promote its homegrown nuclear technology and strike energy deals worldwide. Last month, China vowed to take a one-third stake in Britain's first nuclear power plant in decades, and will provide $9.1 billion in financing for the project hailed by British Prime Minister David Cameron as a "historic deal."